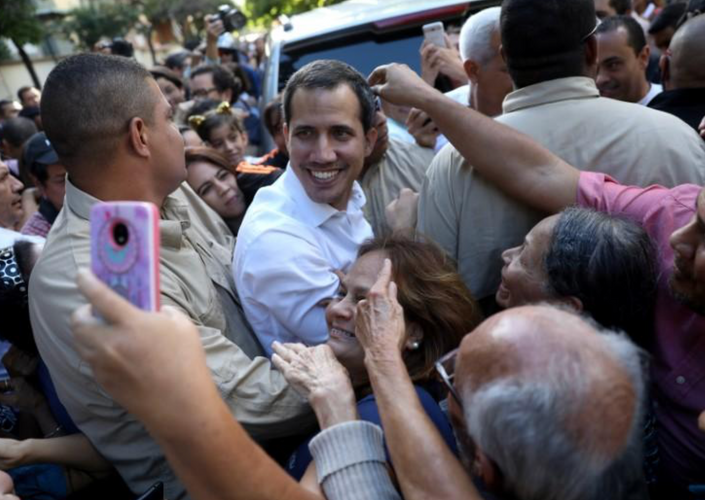 Venezuelan opposition leader Juan Guaido on Saturday called for more protests against the government of President Nicolas Maduro in the wake of a failed attempt by the ruling Socialist Party to install allied leadership in congress, APA reports quoting Reuters.

Guaido held his first rally since troops six days ago blocked his access to congress long enough for the Socialist Party to declare an allied legislator as head of parliament.

Opposition legislators in a separate session on Jan. 5 re-elected him anyway, and they later returned to the legislative palace to hold session.

“We have to go into the streets to protest and make demands, we have to push together,” Guaido said on Saturday at a sparsely attended rally in the Montalban neighborhood of western Caracas that brought out several hundred people.