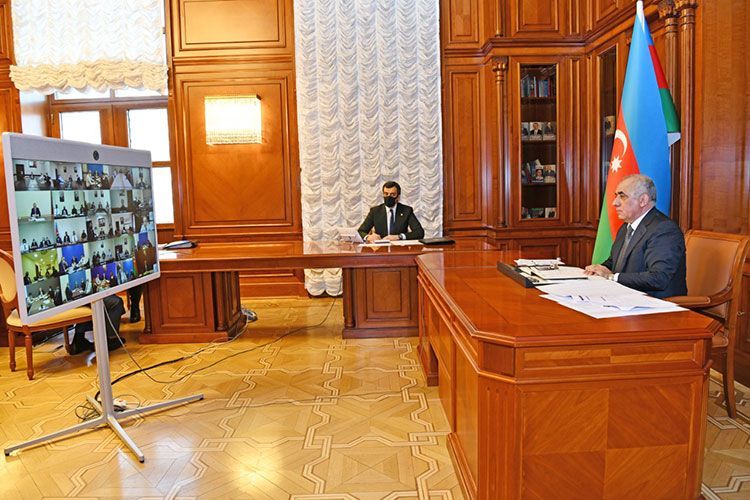 Today, a wide-ranging video conference of the Task Force on the instructions of President of the Republic of Azerbaijan Ilham Aliyev, was held under the chairmanship of Prime Minister Ali Asadov, the press service of the Cabinet of Ministers told APA.

During the meeting, the epidemiological situation in the regions where the strict quarantine regime is not applied was discussed, and the implementation of quarantine rules was assessed. It was stated that there is a need to strengthen control over the observance of sanitary-epidemiological rules by the population.

The Prime Minister noted that as a result of the easing of the quarantine regime, an increase in violations has been observed in a number of cities and regions.

The Prime Minister stressed the importance of keeping accurate statistics on the situation in the regions, monitoring the areas where the infection is most prevalent, and strengthening disinfection and disposal in hospitals for coronavirus patients.

The Prime Minister demanded that the heads of districts and cities fulfill their tasks in a timely and flawless manner.