Azerbaijani MFA: Foreign terrorist and mercenaries being used by Armenia against Azerbaijan 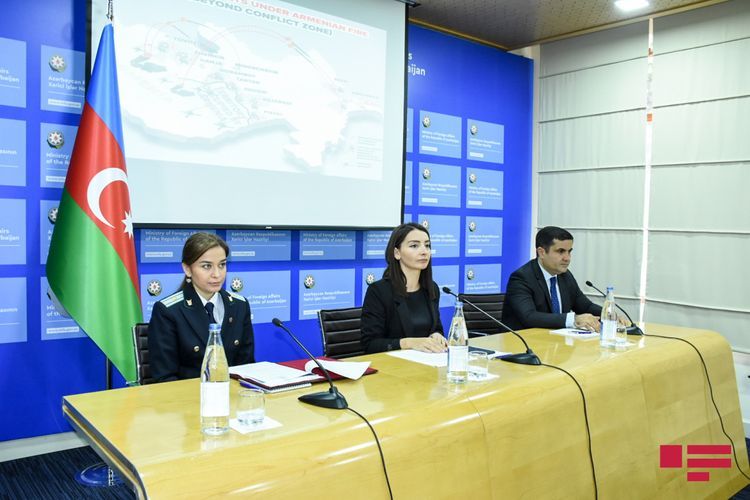 According to her, there are clear facts and information about the arrival of people of Armenian origin to occupied territories or coming to this direction from the Middle East, especially Syria, Lebanon, and later Russia, Georgia, Greece, the United Arab Emirates, and other countries to occupied territories.

“Political leadership of Armenia pursued illegal settlement policy in occupied Azerbaijani territories and in this regard, obviously continued its illegal activity of resettlement of persons of Armenian origin from Lebanon in occupied territories of Azerbaijan after an explosion in the country, occurred a while ago. Then Armenia made a change in the law “On Defense”, declared the establishment of volunteer armed groups, and integrated these persons, evacuated from the region, into military formations. It aims at using these people in the battles against Azerbaijan. Recently, we have clearly seen that the Armenian government has acted with great enthusiasm in gathering and sending Armenians to Armenia through Diaspora organizations operating abroad, as well as in allocating funding, support measures, and donations in this direction”, stressed MFA official.