Prosecutor General's Office: As a result of Armenian provocations, 24 civilians killed and 121 injured 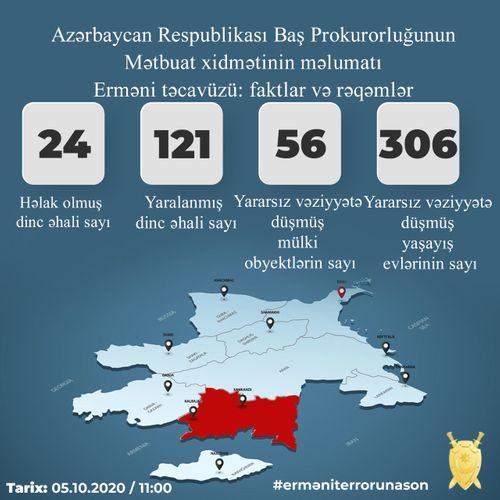 The number of Azerbaijani civilians who died and injured as a result of Armenian provocation announced, the press service of Prosecutor General's Office told APA.

From September 27, until today, as a result of shelling of residential areas by Armenians, 24 civilians killed, 121 were wounded.

In addition, 56 civilian facilities and 306 residential houses have become useless.