Armenian leadership already on their knees, we have shown them place they deserve - Azerbaijani president 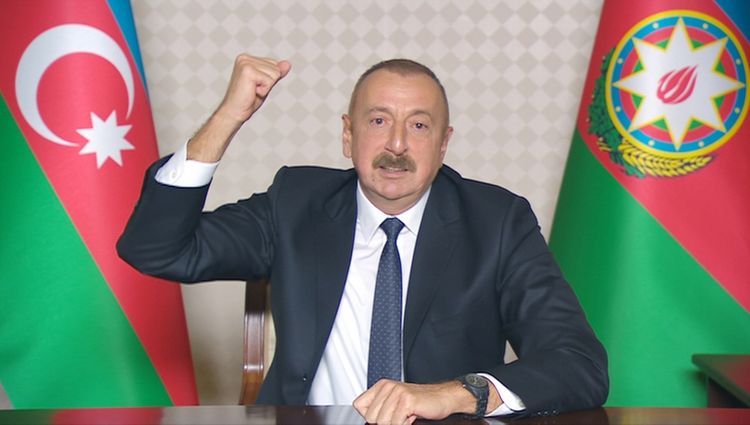 The Armenian leadership must think carefully. They are already on their knees. We have brought them to their knees. We have shown them the place they deserve. We will drive them out of our lands, President of the Republic of Azerbaijan Ilham Aliyev said while addressing the nation, APA reports.

“Good news comes in every day. Every day, our flag is raised in a new settlement. This is the strength of the Azerbaijani state, the Azerbaijani people. For 30 years, the Armenian leadership has been spreading myths about a “strong army”, myths about an “invincible Armenian army”. Where is this “invincible Armenian army?” Look at the way it runs away from us. It was all a myth, it was all a lie. We have exposed it,” the head of state said.