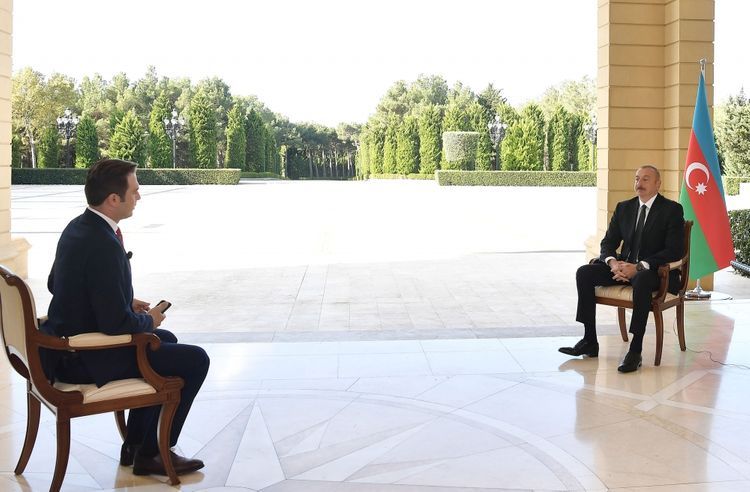 "They attempted to reoccupy Hadrut for several times. According to the information given to me this morning, a large group of special forces, coming from Armenia, tried to reoccupy Hadrut this night", President of Azerbaijan Ilham Aliyev said in an interview with Haber Global TV channel, APA reports.

"However, from a strategic point of view, it does not have great importance for Armenia. They take such a step for just taking a selfie there, or reporting to their people. Azerbaijani army neutralized the large group. Armenia's victims on this night there were victims of the irresponsible and predatory policy of Pashinyan", stressed President.