President Ilham Aliyev: "Armenia is a terrorist state, and there are many signs of this terror" 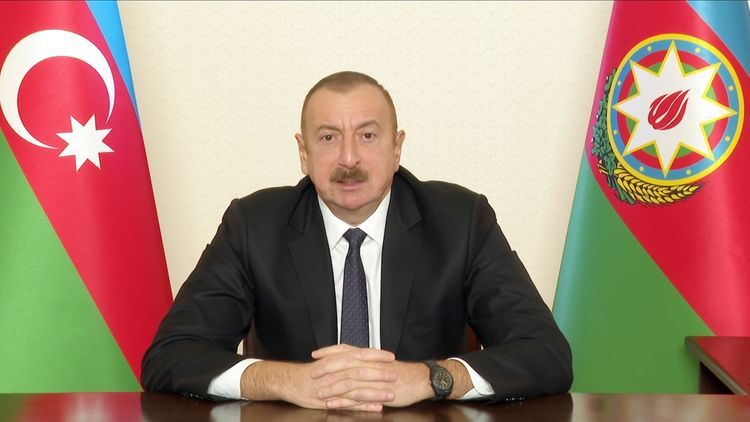 "Kalbajar district has fascinating nature and diverse cultural heritage. Several of our large rivers originate in Kalbajar district. The largest of them is the Tartar River, which is 200 kilometers long. There are also the Bazarchay and Khachinchay. Their length is about 200 kilometers. These rivers feed a large area. But the hated enemy deprived us of these opportunities because the Tartar River flows into the Sarsang water reservoir built on the initiative of great leader Heydar Aliyev in the 1970s," said Azerbaijani President, Supreme Commander-in-Chief Ilham Aliyev in his address to nation today, APA reports.

"The Sarsang water reservoir was built to provide irrigation to 6-7 districts of the Aran zone of Karabakh at the time. At that time, after the construction of the Sarsang water reservoir, 100,000 hectares of land that had never been irrigated started receiving water. Aghdam, Goranboy, Yevlakh, Barda, Tartar and other districts were irrigated from there. The hated enemy cut off water supply. It cut off water supply in the summer and released it in the winter, thus flooding the lands. There was also environmental terror against us. Armenia is a terrorist state, and there are many signs of this terror. There are signs of the destruction of our historical sites, the genocide against our civilian population, deforestation, changing the course of our rivers and other signs. The water of the Tartar River, which originated from Kalbajar, was first collected in the Sarsang water reservoir and then in the Sugovushan water reservoir, thus serving the interests of the occupier, whereas we did not get water at all. After we took over the Sugovushan settlement, water supply was resumed and is now expected to provide water to 100,000 hectares." noted the head of state.