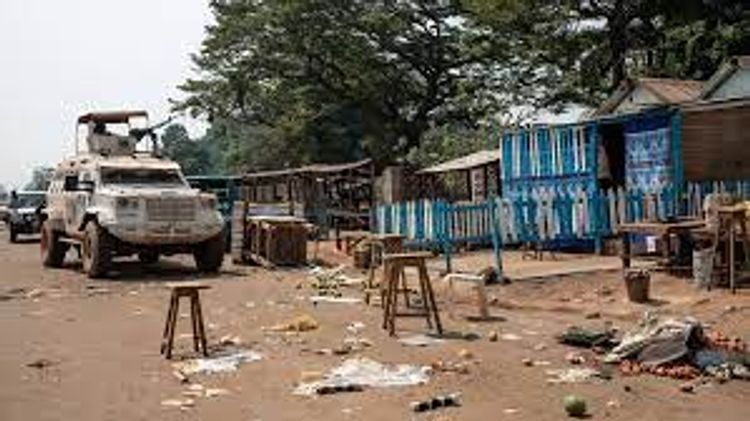 A group of Libya-based rebels attacked a Chadian border post in the north of the country as polling stations began counting votes from the weekend presidential election, the Chad government said late on Monday, APA reports citing Reuters.

President Idriss Deby, an ally of western powers in the fight against Islamist militants in West and Central Africa, sought to extend his 30-year-rule over the central African country in an election boycotted by several opposition groups.

Results have not yet been announced.

A group of heavily armed vehicles crossed the border from Libya and attacked the border post at Zouarké at around 6 p.m. (1700 GMT) on Sunday, government spokesman Chérif Mahamat Zene said in a statement.

The rebels were on the run and being pursued by the air force, Mahamat said, without providing further details of the clashes.

The Front for Change and Concord in Chad (FACT), a political-military group founded by dissident army officers in 2016, claimed responsibility for the attack and disputed the government’s portrayal.

The militia claimed to have seized several army garrisons including in Wour and Zouarké, and called Sunday’s election a masquerade.

People should “maintain momentum of pressure on the dictatorship and to help the valiant FACT fighters to liberate our homeland,” the group said in a statement posted on Facebook.

One witness said rebels seized control of Zouarké on Monday.

“We were woken this morning at dawn by heavy gunfire. By mid-day, the village was totally invaded by rebels,” said Hamid Abakar, a resident of Zouarke, in the region of Tibesti.

“The army will certainly retaliate and we fear the town will become a theatre of endless war,” he said.

A heavy military presence was deployed in opposition areas of the capital, N’Djamena, on Monday morning, as the population awaited election results, a Reuters witness said.