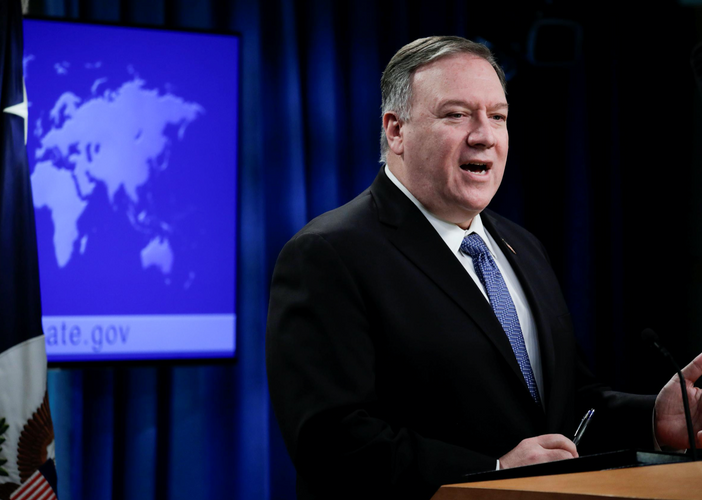 U.S. Secretary of State Mike Pompeo on Thursday said the recent upsurge in violence in Afghanistan was unacceptable and it must immediately cease for the peace process to move forward, urging both the Taliban and the Afghan government to stop posturing, APA reports quoting Reuters.

Speaking at a news conference at the State Department, Pompeo said President Donald Trump specifically discussed the rise in violence in his phone call on Tuesday with chief Taliban negotiator Mullah Baradar Akhund, the first known conversation between a U.S. leader and a top Taliban official.

“We know that the road ahead will be difficult. We expected it; we were right,” Pompeo said. “The upsurge in violence in parts of Afghanistan over the last couple of days is unacceptable. In no uncertain terms, violence must be reduced immediately for the peace process to move forward.”

The United States signed a deal with Taliban insurgents on Saturday that calls for a phased withdrawal of U.S.-led foreign forces if the Taliban keeps its commitments and for the start of talks on March 10 between the insurgents and an Afghan delegation on a political settlement to end decades of conflict.

Since the signing, the Taliban decided on Monday to resume normal operations against Afghan forces, though sources have said they will continue to hold back on attacks on foreign units.