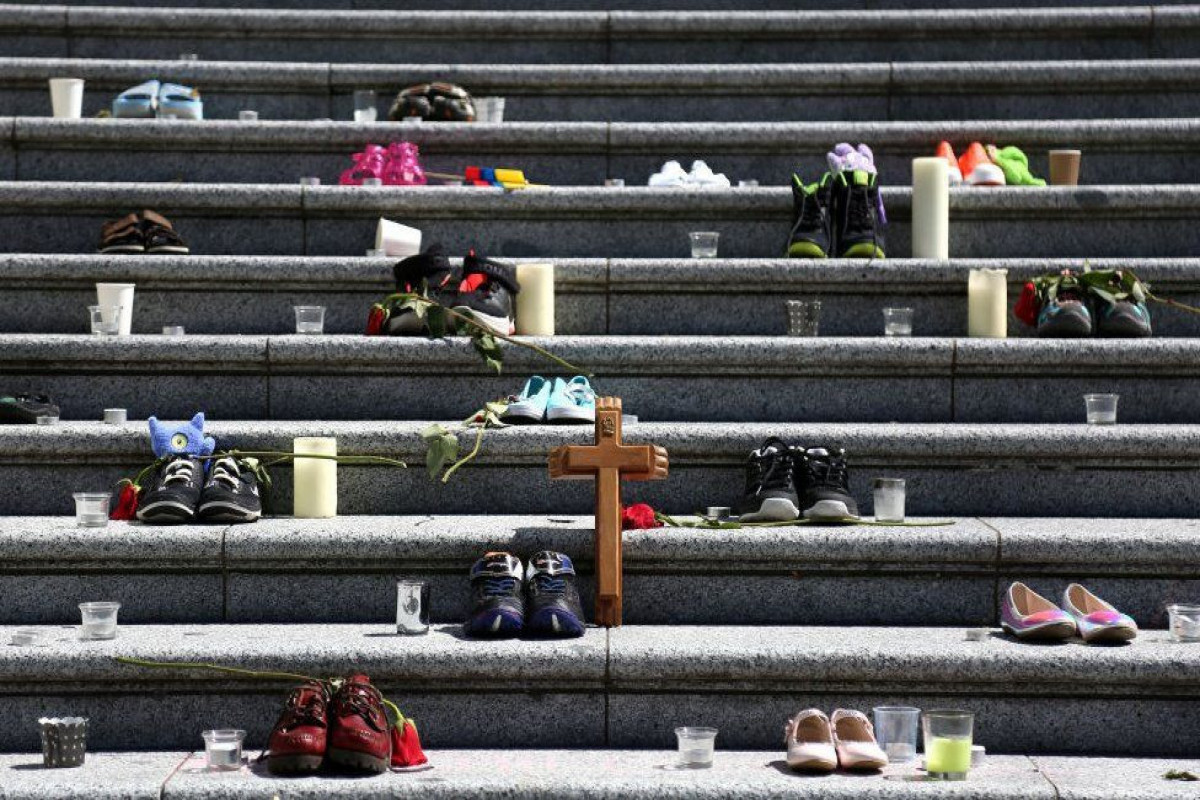 Indigenous groups in Canada have demanded a nationwide search for mass graves after the discovery of the remains of 215 children, APA reports citing BBC.

The find sparked outrage, prompting some in Canada to lay out tiny shoes at makeshift memorials.

"As a dad, I can't imagine what it would feel like to have my kids taken away from me," Mr Trudeau told reporters. "And as prime minister, I am appalled by the shameful policy that stole indigenous children from their communities."

While he promised "concrete action" when asked what the government would do he did not offer specific commitments.

Perry Bellegarde, national chief of the Assembly of First Nations, said in a statement the families "deserve to know the truth and the opportunity to heal".

"A thorough investigation into all former residential school sites could lead to more truths of the genocide against our people," Mr Bellegarde said.

In Charlottetown on Prince Edward Island, a statue of Canada's first Prime Minister, John A Macdonald, is being removed following the discovery of the children's remains. Macdonald's role in residential schools has made him a target for protesters.