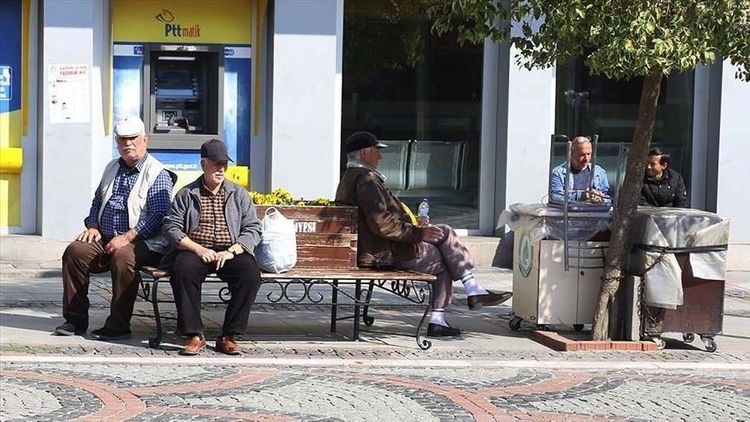 Turkey Sunday gave new details, including exceptions, of a curfew for people 65 or older or people with chronic illnesses, APA reports

Vital public officials and pharmacists will be exempt from the restrictions, said the Interior Ministry.

Doctors, healthcare professionals, mayors, provincial directors, social service officers and other required public officials will continue to work so long as they do not face any serious health conditions such as cancer, it added.

The ministry added that people who must travel or leave home may do so after requesting official permission over the designated hotlines such as 112, 155, and 156.

Coordination centers have been set up in all provinces and districts in the country for the essential needs of needy and indigent people, it also said.

Under the measures announce late Saturday, Turkish citizens who are older than 65 and/or suffer from chronic illnesses are restricted from leaving home or walking in open areas such as parks and gardens.

Such illnesses include a weak immune system, chronic lung disease, asthma, chronic obstructive pulmonary disease, cardiovascular disease, hypertension and kidney and liver disease, and those who use drugs disrupting the immune system.

Groups will be established to support people not allowed to go out to meet their needs under the coordination of governors and district governors.

National flag carrier Turkish Airlines also announced that it suspended its services for passengers 65 and older as part of coronavirus measures.

The ministry also announced late Saturday that as of midnight, restaurants, pastry shops, and similar workplaces will only fulfill online orders and takeaway.

Turkey has 947 confirmed cases of the virus known as COVID-19, with 21 deaths.

The virus, which emerged in Wuhan, China last December, has spread to at least 170 countries and regions around the globe, while the tally of confirmed cases has topped 308,000, and the death toll over 13,000, according to data compiled by U.S.-based Johns Hopkins University.

China, Italy, Iran, and Spain continue to be the worst-affected countries.

Despite the rising number of cases, the vast majority of people contracting the virus suffer mild symptoms before making a recovery.