On December 12, the Minister of Defense, Deputies of Minister, chiefs of main departments, departments, and services, including commanders of Army Corps and formations, as well as chiefs of special military-educational institutions and military personnel of the ministry visited the Alley of Honor on the occasion of the day of commemoration of the national leader of the Azerbaijani people Heydar Aliyev, Ministry of Defence told APA.The servicemen paid tribute, laid wreaths and flowers at the grave of national leader of the Azerbaijani people Heydar Aliyev. 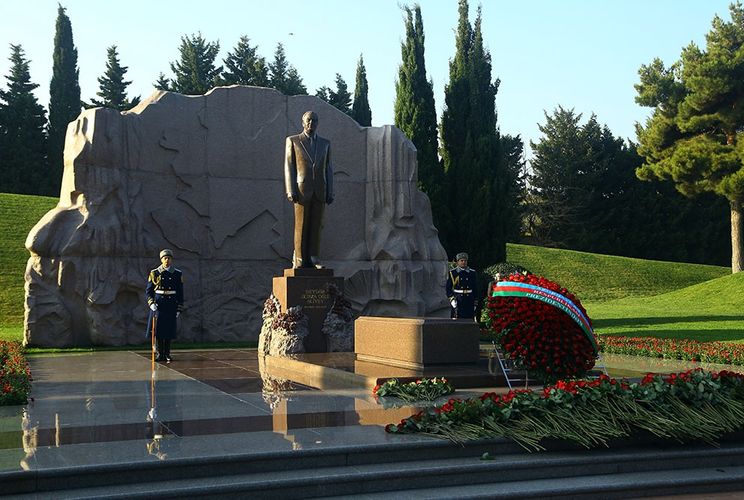 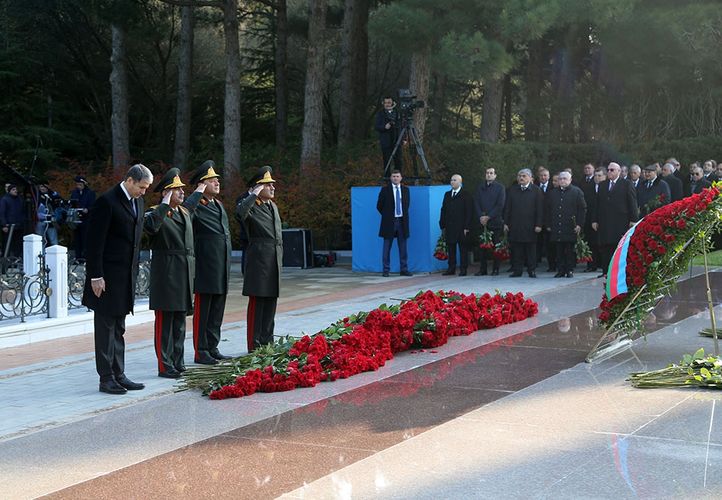 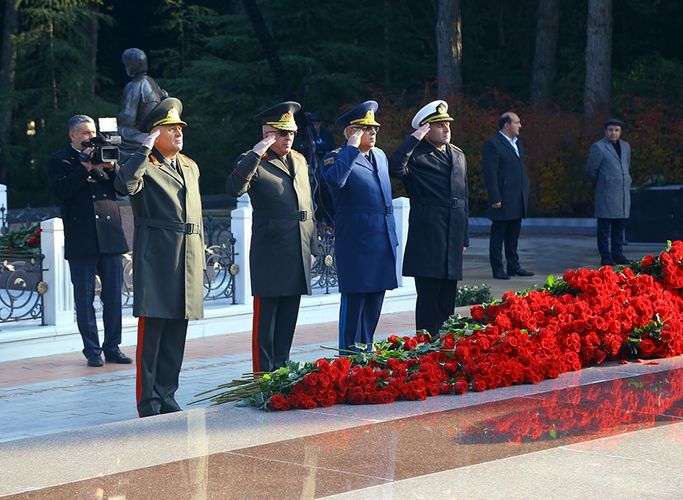 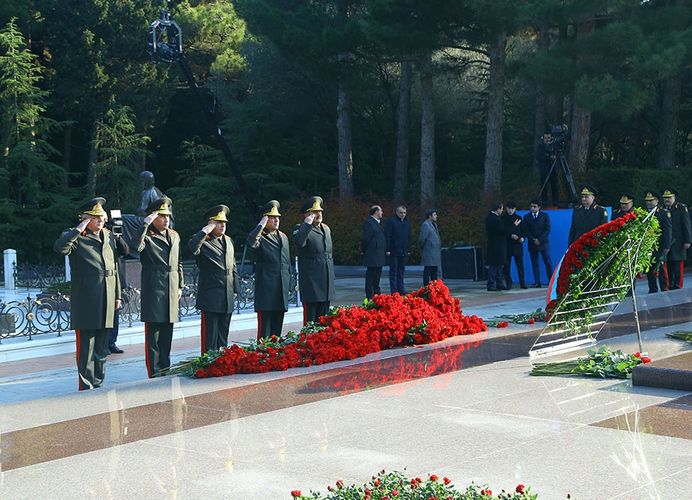 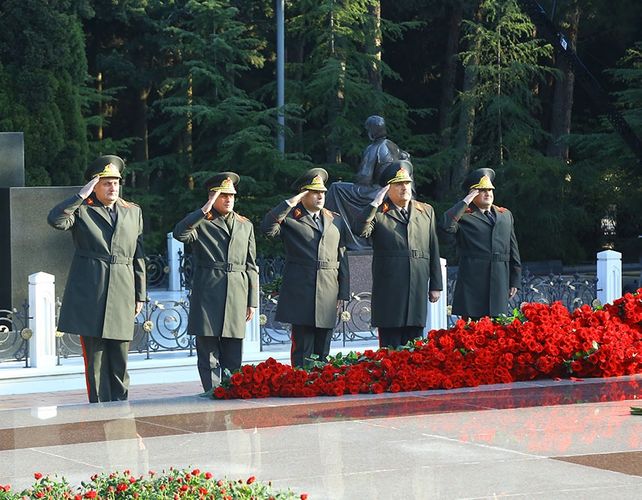 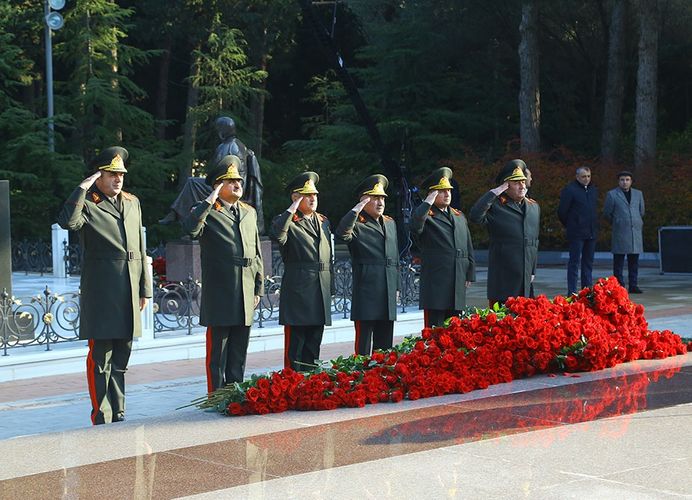