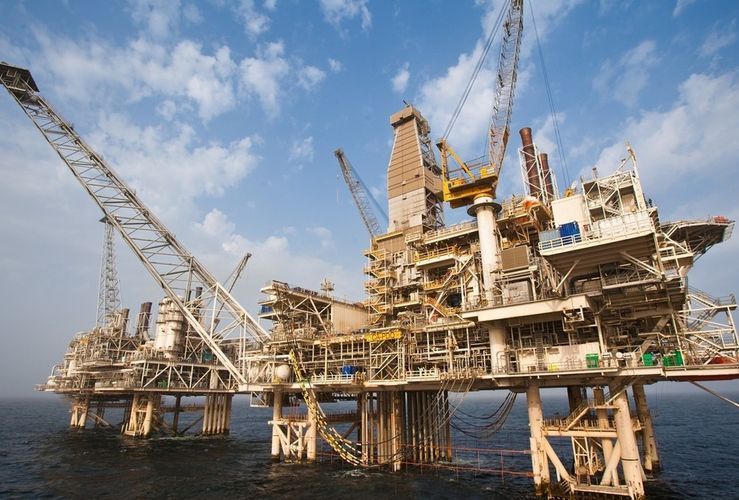 Despite the challenges and restrictions caused by the pandemic the Azeri Central East (ACE) project remained remarkably resilient during the first quarter of the year along with the other bp-operated activities, APA-Economics reports citing BP (project operator) report on operations in Azerbaijan for the first quarter of 2021.

"The overall project detailed design engineering works were completed by the end of the quarter. The shipment of major equipment packages and bulk materials to Baku continued in support of the fabrication schedule.

Fabrication activities on the topsides and drilling facilities for the ACE platform continued at the fabrication yard in Bibi-Heybat. These included progressing the heavy lift programme with the installation of all the cellar deck panels, the lifting into position of the first weather deck sections, and several key drilling module lifts. The mechanical package installation progressed, the pipe fabrication, erection and cable pulling commenced. The mechanical equipment packages inspection and equipment deliveries continued with living quarters and major vessel delivery on plan. The living quarters modules have been shipped from Sweden and are expected to arrive in Baku in the second quarter of 2021.

At the Heydar Aliyev Baku Deepwater Jackets factory (BDJF) the jacket fabrication continued at multiple work fronts both in the workshops and on the skid-way. Fabrication activities on the subsea structures and spools also continued.

During the quarter, the project progressed the offshore installation works associated with the produced water management on the Central Azeri platform, as well as the preparation for commencing brownfield works on the East Azeri platform in the second quarter of 2021 to allow the ACE platform to draw power from the Azeri field optimising power generation across the assets. At the Sangachal terminal the design for the onshore control room was completed to allow for the planned modifications to commence in the fourth quarter.

Overall, the engineering, procurement and fabrication works remain on track to support first production from the ACE project in 2023," it was noted.