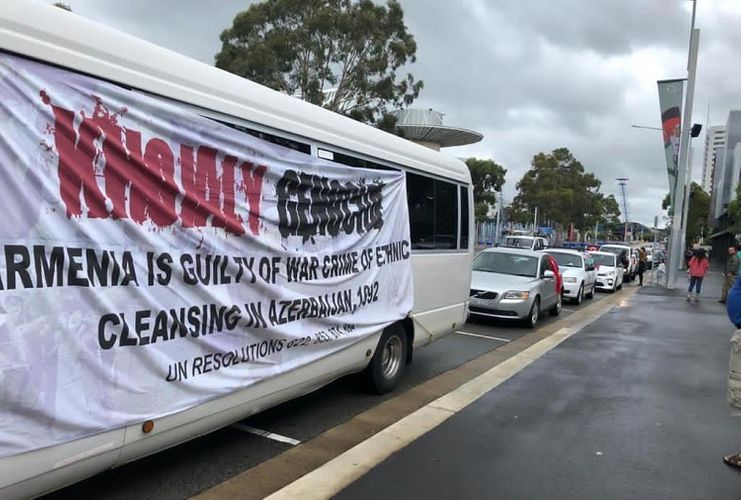 The Azerbaijani community living in Sydney City held automobile rally in protest against the Armenian terror by the initiative of the Australia-Azerbaijan Association and the Southern Azerbaijan Democratic Association, the State Committee on Work with Diaspora of the Republic of Azerbaijan told APA.

The auto-rally held with participation of about 100 automobiles got off the mark from Road Station street of Oubern settlement, and ended at the same address after making circular movement along central streets.
The rally participants moving on automobiles hung round with the tricolor Azerbaijani flags and “Garabagh is Azerbaijan” slogan drew attention of the local community to heavy artillery shelling by Armenia of civilian population of Ganja and Barda cities, as well as other residential settlements situated far from the front line.

Despite of the strong rain and attempts of persons of the Armenian origin to put obstacle to the rally participants, the rally ended without incident. 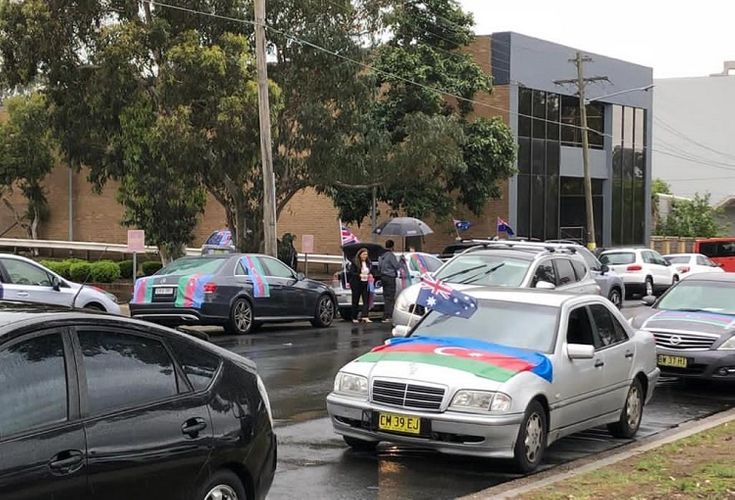 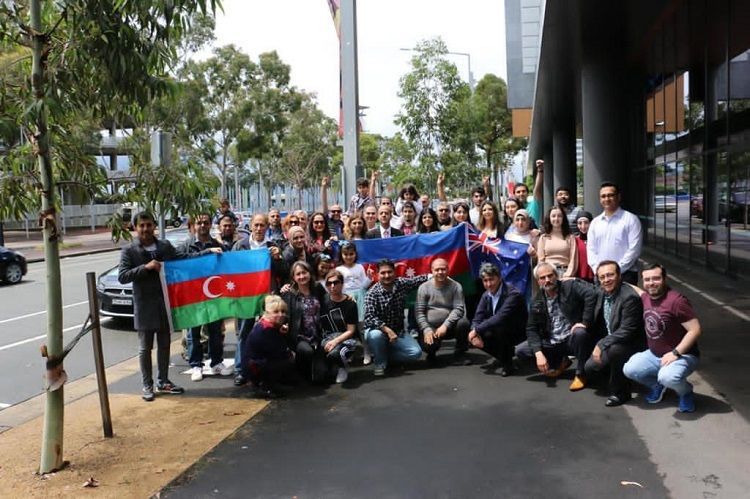 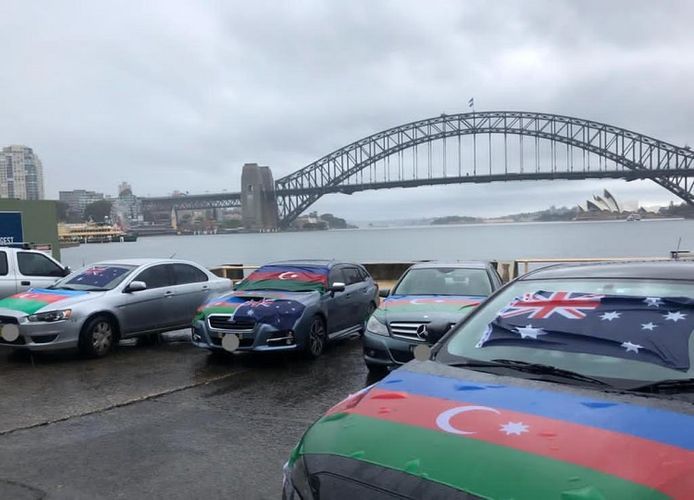