Merkel reportedly says decision on future of Nord Stream 2 to be made by Europe, not Germany 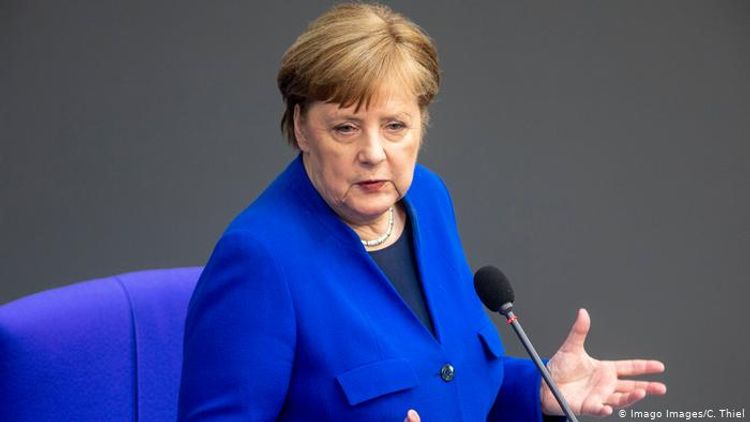 The final decision on the future of the Nord Stream 2 gas pipeline project in connection with the Navalny case will be Europe's to make, not Berlin's, Chancellor Angela Merkel has said, dpa has reported, citing multiple sources, APA reports citing Sputnik.

Speaking at a closed meeting of the Christian Democratic Union-Christian Social Union on Tuesday, Merkel reportedly told faction leaders that "a final decision has not been made" on the Nord Stream 2 issue, and added that while it's been "definitively proven" that Navalny was poisoned, "a common European reaction" is necessary, because the alleged poisoning was not "an attack on Germany" itself, meaning that "Germany should act as an EU member state."

Last week, German authorities announced that a Bundeswehr analysis of Navalny's samples had found that he had been poisoned by a nerve agent of the so-called 'Novichok' group, the same poison which UK authorities accused Russian intelligence of using against a former double agent in southern England in 2018.

Merkel said that German authoriteis would now be treating the Navalny case as "an attempted murder by poisoning" and would be consulting with NATO and European Union allies and partners to discuss how to proceed.