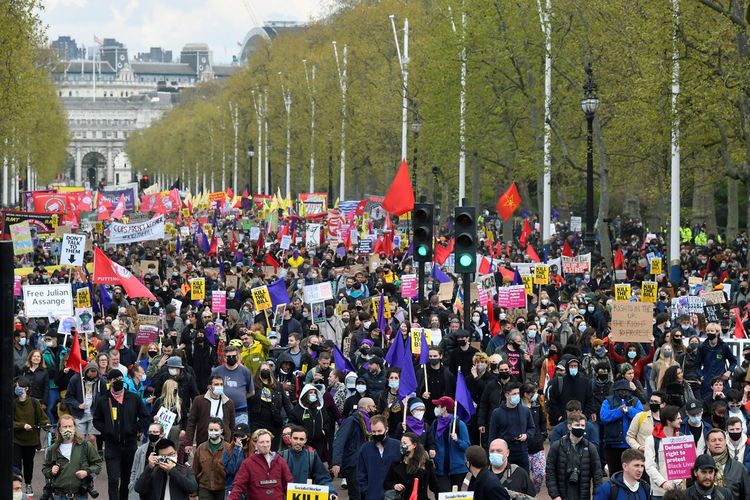 More than 1,000 people marched through central London and chanted "Kill the Bill" outside government buildings, as well as dancing to music played from a bus.

A police statement said nine people had been arrested and officers were "continuing to engage" with protesters who had gathered in a park in south London after the march.

Similar protests took place in other cities across England and Wales, including Bristol, which saw several days of clashes between protesters and police in March.