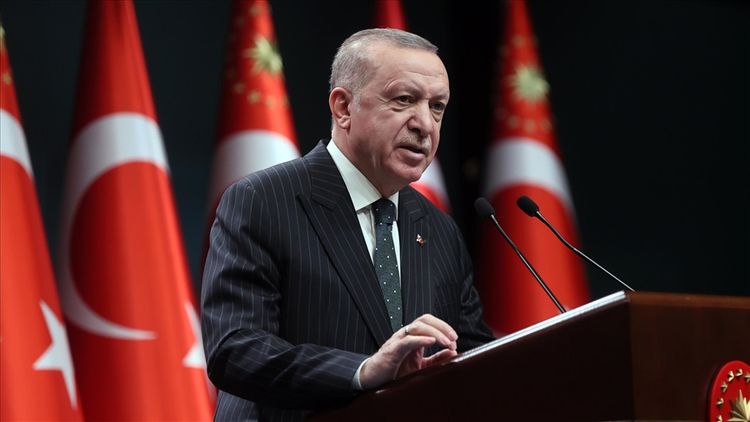 Speaking to reporters following a cabinet meeting that lasted three hours, President Recep Tayyip Erdogan said the new measures against the virus would go into effect on Wednesday evening and continue for the first two weeks of the Muslim holy month of Ramadan.

Among the new restrictions was an expanded weekday curfew start at 7.00 p.m. -- previously 9.00 p.m. -- and last until 5 a.m., during which inter-city travel will also be banned, excluding necessary and urgent situations.

Cafes, restaurants, and teahouses will also only provide home-delivery and takeaway services, while wedding halls, sports centers, and game halls will be closed until the end of the Eid holiday marking the end of Ramadan in the country.

On Jan. 14, Turkey began a mass vaccination campaign against COVID-19, starting with healthcare workers along with top officials to encourage public confidence in the vaccines.

According to the Health Ministry's official figures, Turkey has so far administered nearly 19.18 million coronavirus vaccine jabs across the country.

Over 11.48 million people to date have received their first doses of a vaccine against the novel coronavirus, while second vaccine doses were given to nearly 7.69 million.

Since December 2019, the pandemic has claimed over 2.95 million lives in 192 countries and regions.

Over 136.96 million cases have been reported worldwide, with recoveries now over 78 million, according to figures compiled by the US' Johns Hopkins​​​​​.​​