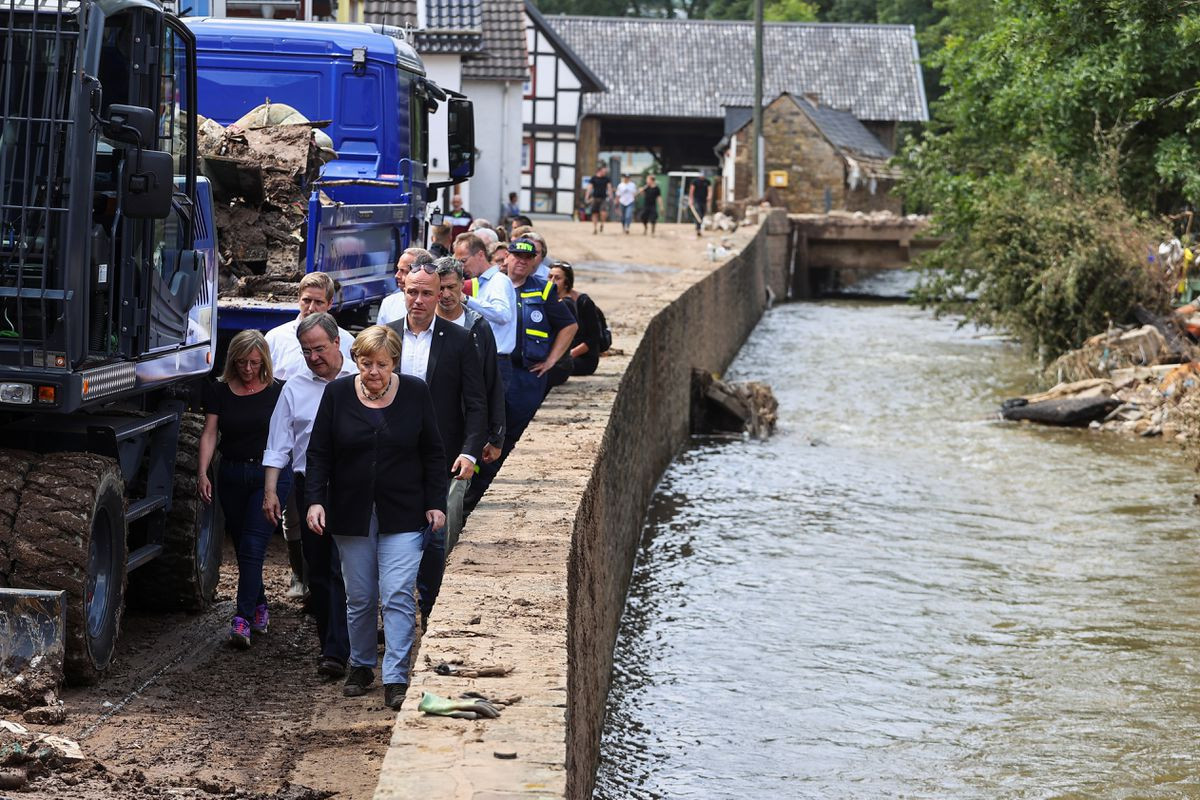 As Chancellor Angela Merkel travelled to the disaster zone for the second time, there were growing questions about how well prepared local and national authorities were for the floods that swept through defenceless towns and villages last week.

"There were warnings about the masses of debris and floodwaters that were rolling towards these people and these warnings were not handled at all in the way such warnings should have been," Julian Reichelt, editor of Bild, Germany's largest circulation newspaper, said in an online panel discussion.

With the country about 10 weeks away from national elections, the floods have put the crisis management skills of Germany's leaders on the agenda as opposition politicians suggested the death toll revealed serious failings in flood preparedness.