Azerbaijani MoD: Battles continue in the direction of Aghdara, Khojavand and Gubadli 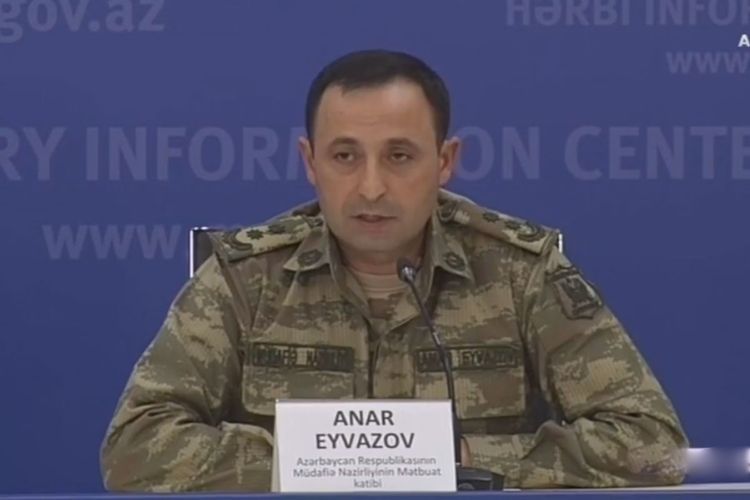 Since counter-offensive operation launched by the Azerbaijani Army on September 27, all units and combinations of the Azerbaijani Army have fully complied with international humanitarian law, including the protocols annexed to the Geneva Convention,” said spokesman for the Azerbaijani Defense Ministry, Lieutenant Colonel Anar Eyvazov said at a briefing of the Military Information Center, APA reports.

According to him, the Azerbaijani Army complies with all protocols, norms, and principles in accordance with the given instructions.

A. Eyvazov noted that the enemy was forced to retreat every time, as a result of heavy losses in manpower and combat equipment during the period: “As you already know, our several cities, villages, and settlements were liberated. Battles continue in the direction of Aghdere, Khojavend, and Gubadli currently, serious measures are taken against the enemy.”