Assistant to Azerbaijani President: “One of components of military operations is information war” 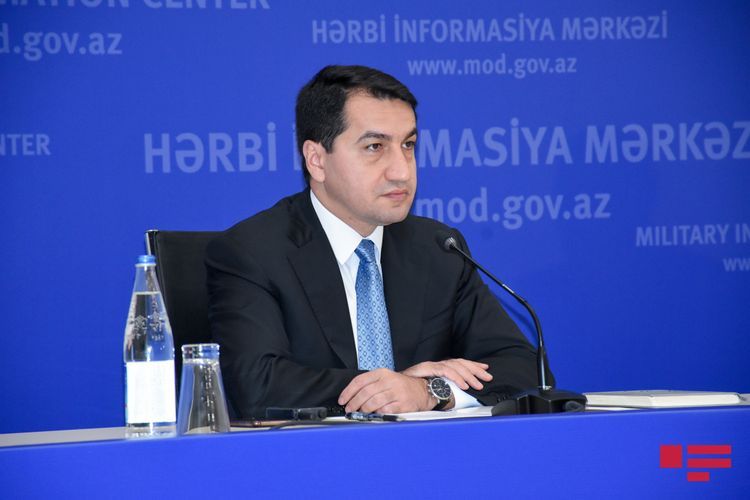 “One of the components of military operations is an information war,” said Assistant of the President of the Republic of Azerbaijan, Head of Foreign Policy Affairs Department of the Presidential Administration Hikmet Hajiyev said at a briefing, APA reports.

According to him, from September 29 until today, president Ilham Aliyev has given numerous interviews to the leading media agencies of the world.

“Armenia’s political and military leadership wants to imitate this activity of President Ilham Aliyev, but this yields counter-effect, they unmask their own occupational policy. We also see provocative questions to Azerbaijan’s head of state in such interviews, but the President gives answers patiently and restrainedly. Unfortunately, the international media institutions face pressures when they prepare fair, objective materials. The New York Times also faces such pressures. Azerbaijan resolutely condemns such cases”.