Azerbaijani President: During the Patriotic War, armed forces of Armenia were totally destroyed 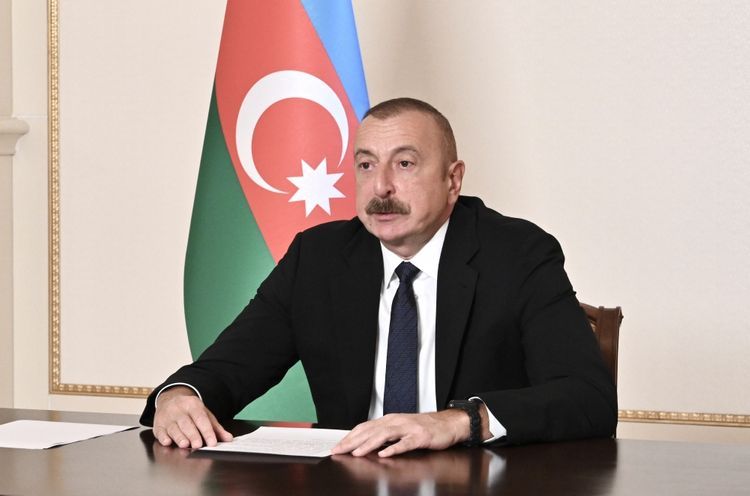 "Last year Azerbaijan put an end to nearly 30 years of occupation by Armenia of almost 20 % of its territories. As a result of occupation and ethnic cleansing policy of Armenia, more than 1 million Azerbaijanis were expelled from their native lands. In 1992 Armenia committed the Khojaly genocide killing 613 innocent civilians, including women and children. The Khojaly genocide has been recognized by 13 states" said President Ilham Aliyev in his speech in a video format at UN 77th session of Economic and Social Commission for Asia and the Pacific, APA reports.

Instead, Armenian military-political leadership was threatening Azerbaijan with “new war for new territories”. In July 2020 Armenia perpetrated military provocation along the state border. In August Armenian sabotage group attempted to penetrate through the Line of Contact.

On September 27th Armenia launched large-scale military aggression against Azerbaijan heavily shelling the military and civilian populations. Azerbaijan was compelled to launch counter-offensive operations to defend its citizens. Azerbaijan implemented Security Council resolutions and norms and principles of international law itself and restored the historical justice and its territorial integrity.

During 44 days of the Patriotic War, armed forces of Armenia were totally destroyed. Armenia was forced to sign the act of capitulation on 10 November 2020.

Thus, Armenia-Azerbaijan conflict is over. The conflict was left in the past.

All Azerbaijani cities and villages have been razed to the ground by Armenia during the occupation. Aghdam city is called “Hiroshima of Caucasus” by foreign experts. Armenia deliberately vandalized, desecrated and pillaged our cultural and religious sites. More than 60 mosques were destroyed by Armenia. Mosques were turned into cowshed and pigsty.

Recently, I defined national priorities on socio-economic development for the next ten years. Competitive human capital and space for modern innovations, return to the liberated territories, clean environment and "green growth" country were identified as our key priorities" said the President.