Azerbaijani President: “Pashinyan is nobody, Kocharyan and Sargsyan we have destroyed your army" 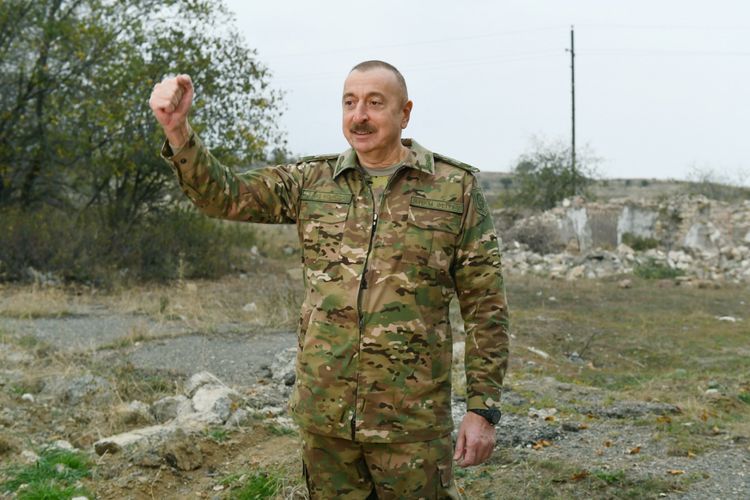 “We have defeated the Armenian army and, at the same time, taught a lesson to the criminals who led Armenia for years," said President of the Republic of Azerbaijan, Victorious Commander-in-Chief of the Armed Forces Ilham Aliyev on November 16 while a visit to the liberated from occupation Fuzuli and Jabrayil districts, as well as Fuzuli and Jabrayil cities with and lady Mehriban Aliyeva, APA reports.

The head of state noted that Pashinyan has destroyed his country in the last two years, and now he is only preoccupied with how to save his own life from the wrath of the Armenian people: "We have destroyed the Kocharyan-Sargsyan army. They have destroyed our lands. This time these cowards could not even stick their noses into the territory of Nagorno-Karabakh. Where is your heroism? The fake “hero” orders you have put on your chests – take out this metal scrap and throw them into the bin, we have defeated you. Pashinyan is nobody. Kocharyan and Sargsyan, the executioners of the Azerbaijani people, the executioners of Khojaly, we have defeated you, we have destroyed your army."