President Ilham Aliyev: "If Armenians themselves can’t escape from this junta, we will help them" 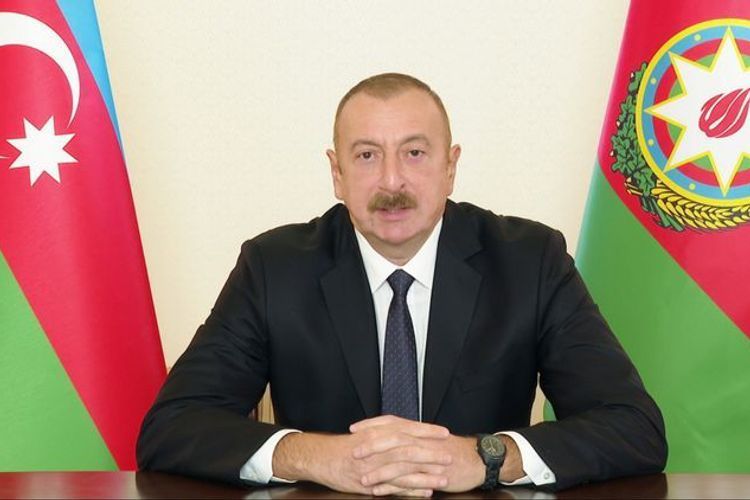 "The Armenian’s relocated to our ancestral lands 200 years ago should also get escaped this junta with life. If they themselves can’t escape from this junta, we will help them. But currently the new government of the new Armenia in the person of Pashinyan stated that the persons who ruled Armenia were criminals, didn’t it? Those who ruled Armenia for 20 years before Pashinyan used to be heads of the junta in Garabagh, two former presidents were Armenia’s leaders. Also the criminal case was opened in regard to both of them. They drank blood of Armenians living in Garabagh", President Ilham Aliyev talked about this in his appeal to the people, APA reports.

The head of our state said: “The Armenians living in Nagorno Garabagh are our citizens. And the Azerbaijani people are tolerant people. Those people are not guilty. Those who are guilty give account and I have said the blood of the Azerbaijani people will not and doesn’t remain non-avenged. In these battles during the last one month, the criminal who committed the Khojaly genocide have already been destroyed. The justice has won victory. Therefore, I want to state my stance again. We will return to these lands without fail by military and political ways. Today, the military phase may come to an end, let’s solve this by political ways: Azerbaijanis are returning to Shusha, Khankendi. They are returning to all other places where we lived previously. The condition is created for the Armenian population. We should slowly get used to coexistence, both them and us”.