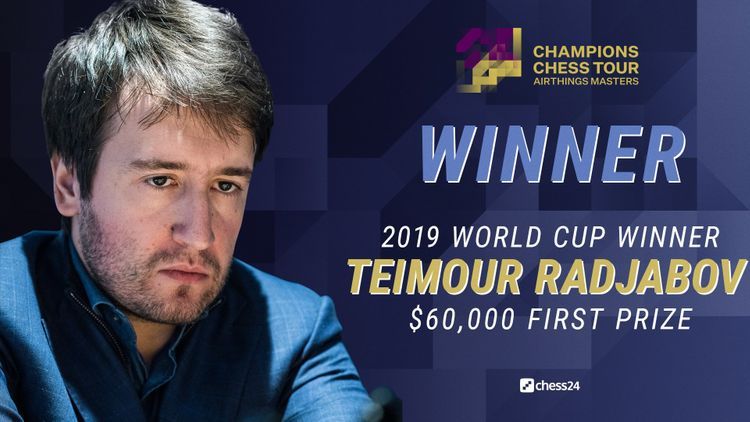 The finals of the Airthings Masters online blitz chess tournament have been summed up, Apasport.az reports.

The 34-year-old chess player defeated Levon Aronian of Armenia in the final. Rajabov, who won the first match with a score of 2.5: 1.5, showed his strength in the second duel today. Rajabov became the champion after 3 matches (2: 1).