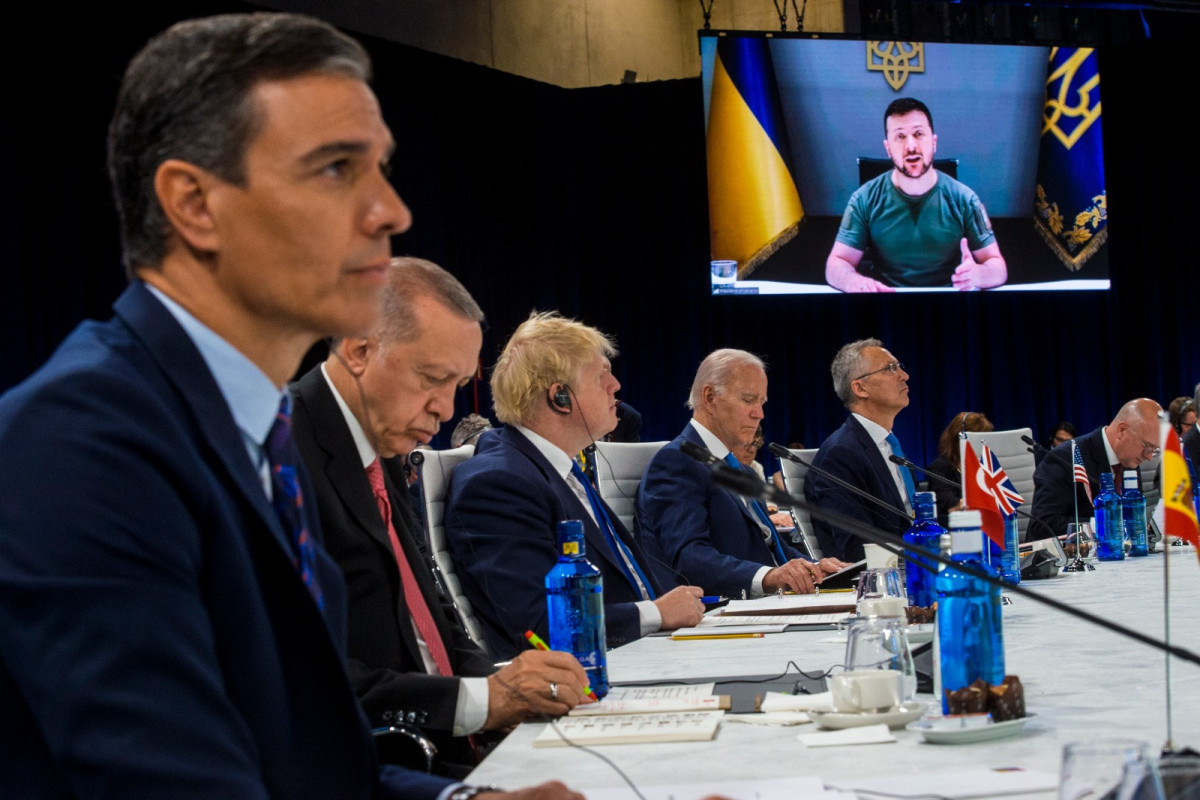 President Volodymyr Zelensky, in an address to the NATO summit in Madrid, called on the states of the Alliance to help stop Russia’s terror against peaceful Ukrainian cities and “find a place” for Ukraine in the common security space, APA reports citing Perild.

In his speech, Zelensky noted that the war, which has already been going on for more than four months, should not drag on, so Ukraine needs to be provided with more weapons, in particular, more modern artillery. Zelensky also noted that NATO’s open door policy should not resemble “the old turnstiles of Kyiv metro: they are open, and when you come up, the turnstiles close until you pay.

“For the sake of peace, the understanding of the eastern flank of NATO should be revised. Is it not a coincidence that all the countries of the Alliance in the east, all our neighbors, are in favor of Ukraine’s membership in NATO? No, this is not an accident. This is logic. This is knowledge of life in our region. Is it “Ukraine has paid little yet? Is our contribution to the protection of both Europe and the whole civilization still insufficient? So what else is needed? I can say what we need: we need security guarantees and you must find a place for Ukraine in the common security space,” the president said.

The head of state stressed that the Alliance has two ways: “either – urgent assistance to Ukraine sufficient for victory, or – a postponed war between Russia and NATO.”

“By providing them to us, you can completely break Russia’s tactics of destroying cities and terrorizing civilians. This is a fundamental thing. The distance from Kyiv to Madrid is less than the range of those missiles that are used against us. How can one state respond to such threat without the help of partners? You can provide this assistance,” he said.

The President urged to support Ukraine not only with weapons, but also with finances and sanctions – “such sanctions against Russia that will stop its ability to pay for the war.”