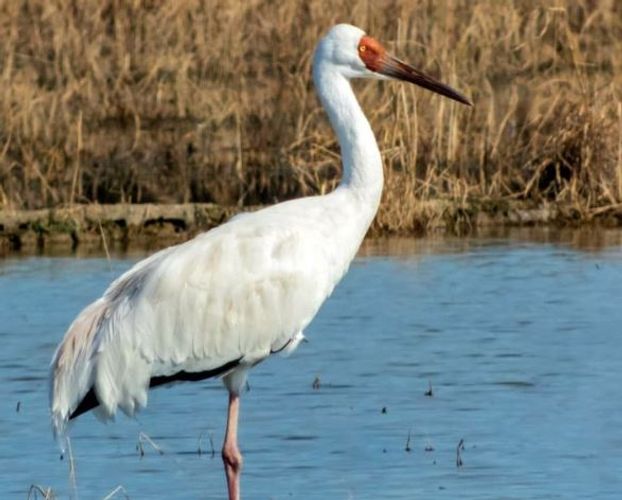 The last remaining Siberian Crane from the western population has been seen in Azerbaijan for the first time in a decade.

The male crane, which is fondly known as Omid – Persian for 'Hope' – has returned to spend each winter alone at Fereydoon Kenar, in northern Iran, since February 2009, when the last surviving female died during a winter storm.

For Western Palearctic (WP) birders, Siberian Crane is arguably the most enigmatic and elusive of all the region's extant birds. Although reliable when on his Iranian wintering grounds, Omid himself has never previously been seen elsewhere – though it has long been suspected that he passes through Azerbaijan each spring and autumn, as well as (presumably) staging at the Volga Delta, Russia, which in the past was a traditional stopover site for the species on migration.

Significantly, Iran lies outside the WP boundary as defined by Cramp and Simmons in Birds of the Western Palearctic, which is what most birders follow for listing purposes. Therefore, Siberian Crane is one of the ultimate regional blockers, and will become an impossibility to see when the old-aged Omid finally passes.

Despite being the ultimate WP tick for any keen lister, few birders have ever been intrepid enough to try and connect with Omid on migration. His route and staging sites are still unknown, and at best birders could only speculate as to where and when he might appear. Even with rigorous planning and strategy in place, it seemed any possible sighting would require a great deal of luck.

In late February 2020, several teams of birders travelled to Azerbaijan in the hope of connecting with Omid as he left his Iranian wintering grounds. Azerbaijan is blessed with an abundance of coastal marshes, which play host to many thousands of wintering and migrant waterbirds. However, there was no real idea of whether Omid would even fly over these (it was, of course, entirely possible that his northward migration might take him to the east of the Caspian Sea, rather than west), let alone stop at any of them.

Keeping in close contact with Iranian birders, news spread among those in Azeribaijan that Omid was seen to commence his northward migration from Fereydoon Kenar at around midday on 27 February 2020.

Then, mid-morning on 1 March, Israeli birder Rami Mizrachi sensationally found Omid roosting on the lake at Shirvan National Park and, looking settled, allowed all those birders searching the Caspian coast of Azerbaijan to congregate and enjoy a landmark moment in WP birding history. This pattern matched that in spring 1996, when satellite-tagged Siberian Cranes followed the westerly migration route and stopped at Shirvan four days after departing Iranian wintering grounds (although these birds were not actually observed in the field).

It may well prove that this stopover has always been an annual part of the species' migration, and that Omid has been performing this each year of his life. Assuming he survives another year, it will be fascinating to see if the same happens again in 2021.

Despite this moment for celebration, it should not be forgotten that the western population of Siberian Crane is on an irreversible path to oblivion. Omid must now be in his latter years of his lonely life, and soon enough there will be no more chances to see this celebrated bird in Iran, Azerbaijan or elsewhere in Central Asia. 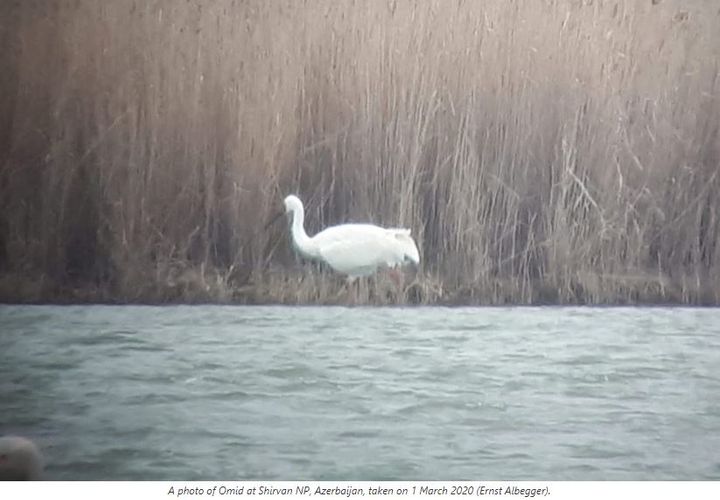