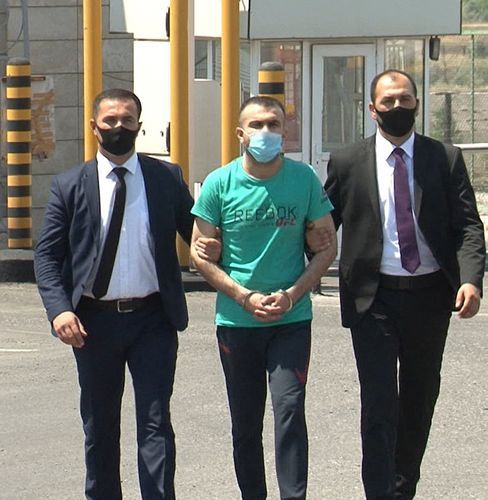 The complex measures are being continued by the State Security Service in the area of timely detection and prevention of threats directed to national security interests of the Republic of Azerbaijan and terrorist and provocative and other sabotage activity, as well as fight against international terrorism, APA reports citing SSS.

Based on the collected materials about the choosing of citizens of the Republic of Azerbaijan under the supervision of foreign secretive agencies and the involvement of the former in implementation of military training beyond the country’s boundaries through inculcation into them of radical and extremist religious ideas, and their involvement in military operations on the territory of other states under various names hiding their identities, the investigative and operational measures are being implemented currently under the criminal case initiated on grounds of relevant clauses of the Criminal Court of the Republic of Azerbaijan.

As a result of the investigations, the grounded suspicions have been determined regarding the receiving of training by the citizen of the Republic of Azerbaijan Shukurov Mehdi Aflatun in the methods of committing of criminal terrorist acts, and preparedness for use of fire arms, explosive substances and devices, as well as other generally dangerous methods and technical facilities in order to violate public security, create panic among people, and to exert influence on making of decisions by state authorities or international organizations, and his participation in activity of the illegal armed unit established in order to commit grave and especially grave crimes beyond the country's boundaries under the pseudonym of Mukhtar.