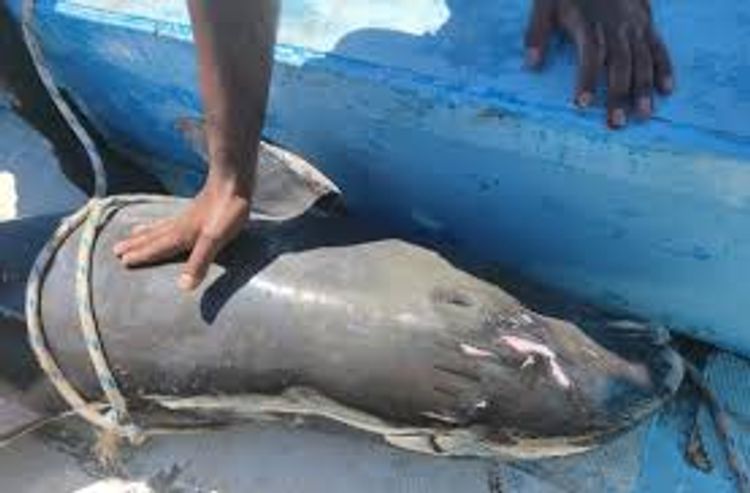 Thousands of protesters demonstrated in the Mauritius capital Port Louis on Saturday to demand an investigation into an oil spill from a Japanese ship and the mysterious death of at least 40 dolphins that have been found near the site of the spill, APA reports citing Reuters.

Environmentalists have called for an investigation into whether the dolphins died as a result of the spill caused when the bulk carrier, the MV Wakashio, struck a coral reef last month.

One protestor held a banner with a dolphin covered in oil reading “our lives matter” and another held one calling for the government to resign. Mauritian flags were waved across the packed square of St Louis Cathedral.

“We do not trust the government and the diluted information they’ve been feeding us regarding the management and responses to the oil spill,” Fabiola Monty, 33 a Mauritian environmental scientist, told Reuters from the square.

The government has said it will carry out autopsies on all the dead dolphins and has set up a commission to look into the oil spill. Two investigations are being carried out: one by the police on the crew’s responsibilities and one by a senior Shipping Ministry official on what happened to the ship.

So far veterinarians have examined only two of the mammals’ carcasses, which bore signs of injury but no trace of oil in their bodies, according to preliminary autopsy results.

The autopsy on the first two was conducted by the government-run Albion Fisheries Research Centre.

Autopsy results on 25 dolphins that washed ashore Wednesday and Thursday are expected in the coming days, according to Jasvin Sok Appadu from the Fisheries Ministry.

Local environmental group Eco-Sud, which took part in Saturday’s protest, said in a statement on Friday that representatives from civil society should be present during the autopsies and called for a second opinion from independent specialists.