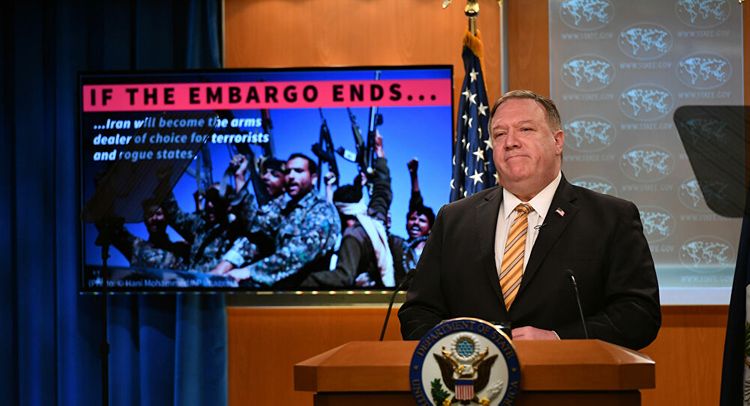 Mike Pompeo announced in his Twitter account that the United States ends its export of defence equipment and "sensitive US Commerce Department-controlled dual-use technologies" to Hong Kong, adding that "if Beijing now treats Hong Kong as "One Country, One System, so must we", APA reports quoting Reuters.

In his statement, Pompeo claimed that the action has been taken in order to "protect US national security".

"The United States is forced to take this action to protect U.S. national security. We can no longer distinguish between the export of controlled items to Hong Kong or to mainland China. We cannot risk these items falling into the hands of the People’s Liberation Army, whose primary purpose is to uphold the dictatorship of the CCP by any means necessary", the statement said.

​Pompeo went on to note that the additional measures from the Unites States against Hong Kong will follow "to reflect the reality on the ground in Hong Kong".

The announcement came after Pompeo warned that the US will "move away" from the agreements that Washington has with Hong Kong that are "different from those we have with Beijing". He has been repeatedly insisting that the US will treat Hong Kong in the same way it treats mainland China, referring to the Chinese Communist Party doing so.

"President Trump has made very, very clear to the extent that the Chinese Communist Party treats Hong Kong as it does Shenzhen and Shanghai, we will treat them the same.  We have many agreements that are unique between the United States and Hong Kong, separate and different from those we have with Beijing.  We will move away from every one of those", Pompeo said at a virtual conference at the 2020 Copenhagen Democracy Summit.