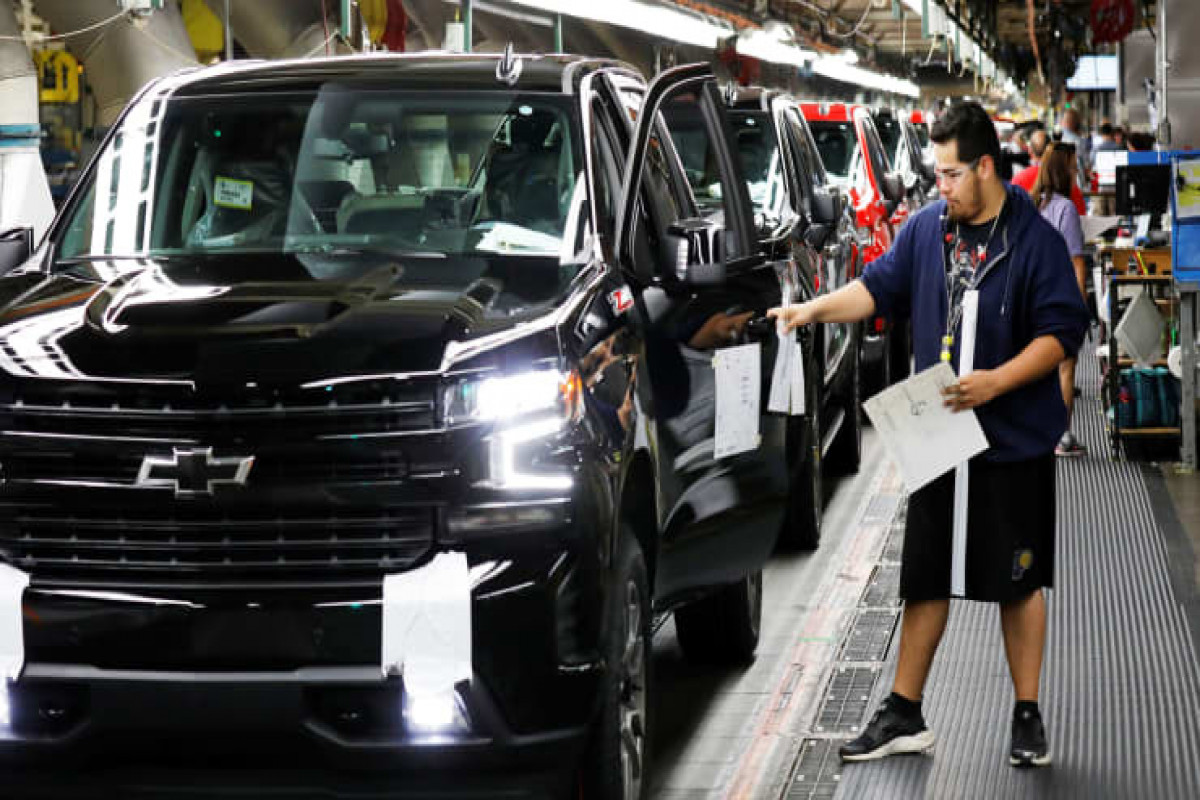 General Motors will halt most U.S. and Mexican production of its profitable full-size pickup trucks next week due to the ongoing global shortage of semiconductor chips, APA reports citing CNBC.

The Detroit automaker confirmed the production cuts Wednesday for plants in Michigan, Indiana and Mexico that produce the Chevrolet Silverado and GMC Sierra pickups.

GM has avoided halting production of its large pickups this year due to the parts shortage through aggressive supply chain tactics as well as building some vehicles without the needed chips to be completed later. It also has cut some features that require chips such as wireless phone chargers.

“The global semiconductor shortage remains complex and very fluid, but GM’s global purchasing and supply chain, engineering and manufacturing teams continue to find creative solutions and make strides working with the supply base to minimize the impact to our highest-demand and capacity-constrained vehicles, including full-size trucks and SUVs for our customers,” the company said in an emailed statement.

The cuts include temporarily halting production next week at GM’s Fort Wayne Assembly plant in Indiana and at its assembly plant in Silao, Mexico. Its Flint Assembly plant in Michigan where heavy-duty trucks are built, will go down to one shift from three shifts as well. Full production at the plants is expected to resume the week of Aug. 2, GM said.

The origin of the shortage dates to early last year when Covid caused rolling shutdowns of vehicle assembly plants. As the facilities closed, the wafer and chip suppliers diverted the parts to other sectors such as consumer electronics, which weren’t expected to be as hurt by stay-at-home orders.

The problem is expected to cost the global automotive industry $110 billion in revenue in 2021, according to consulting firm AlixPartners.