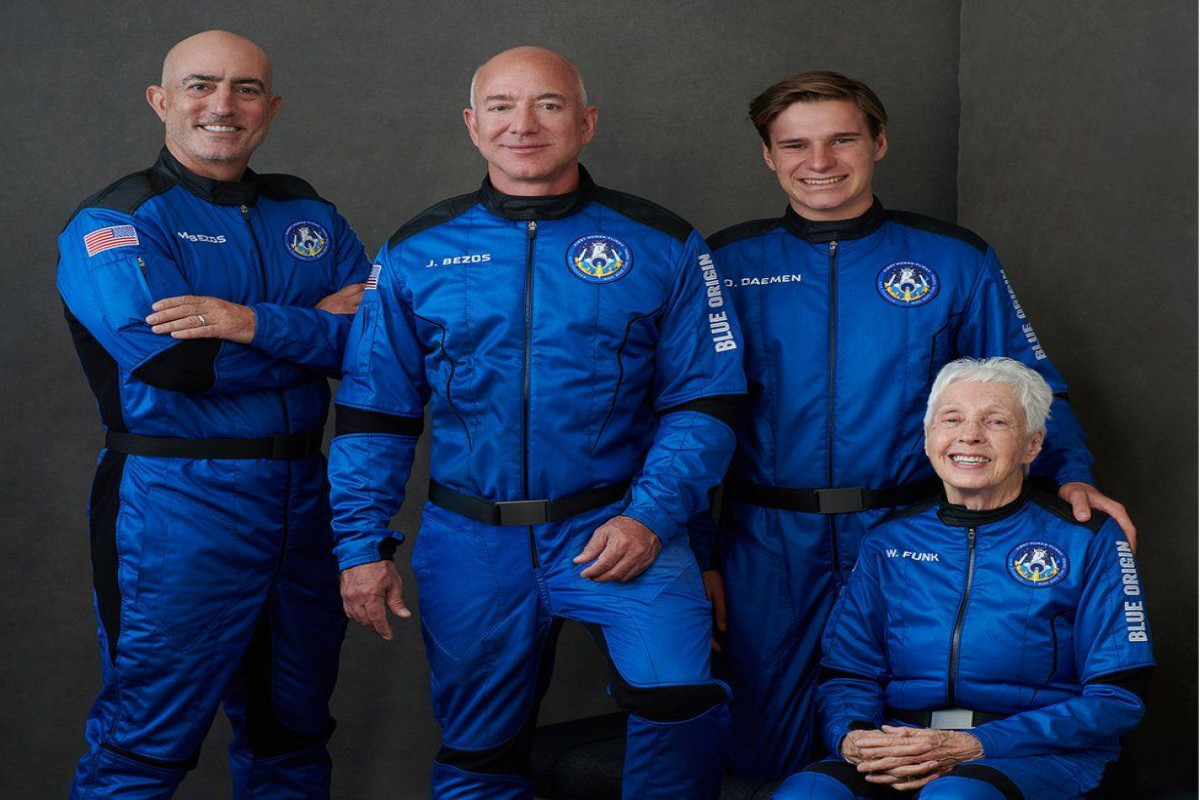 He was accompanied by Mark Bezos, his brother, Wally Funk, an 82-year-old pioneer of the space race, and an 18-year-old student.

They travelled in a capsule with the biggest windows flown in space, offering stunning views of the Earth.

The passengers included the oldest person who has been to space - Ms Funk - and the youngest, student Oliver Daemen.

The spacecraft lifted off at 14:12 BST (09:12 EDT) from a private launch site near Van Horn, Texas. They parachuted back down to the West Texas desert 11 minutes later.