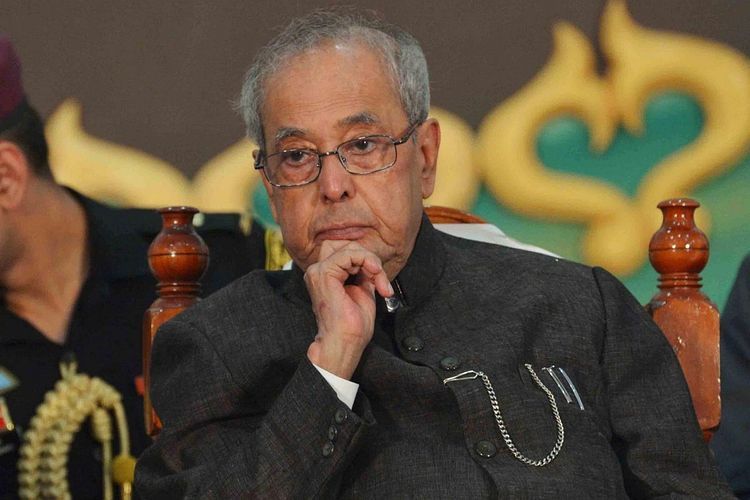 “With a Heavy Heart, this is to inform you that my father Shri #PranabMukherjee has just passed away inspite of the best efforts of Doctors of RR Hospital & prayers ,duas & prarthanas [prayers] from people throughout India ! I thank all of You,” his son Abhijit Mukherjee made the announcement on Twitter.

Mukherjee was admitted to Army Hospital Research and Referral (R&R) Hospital in the capital New Delhi for brain surgery earlier this month.

He served as the country’s President from 2012 to 2017 and was awarded the Bharat Ratna -- India's highest civilian award -- last year.

Before becoming the president, he was a veteran leader of the Indian National Congress party and served as foreign, defense, commerce and finance ministers at different times.

Earlier, the hospital had said that there has been a decline in the medical condition of Mukherjee since yesterday.

"There is a decline in the medical condition of Pranab Mukherjee since yesterday. He is in septic shock due to his lung infection and is being managed by team of specialists. He continues to be in deep coma and on ventilator support," the hospital said in a statement Monday morning.

On Aug. 10, Mukherjee had tweeted, “On a visit to the hospital for a separate procedure, I have tested positive for COVID19 today. I request the people who came in contact with me in the last week, to please self isolate and get tested for COVID-19. #CitizenMukherjee.”

Since then his health condition worsened at the hospital.