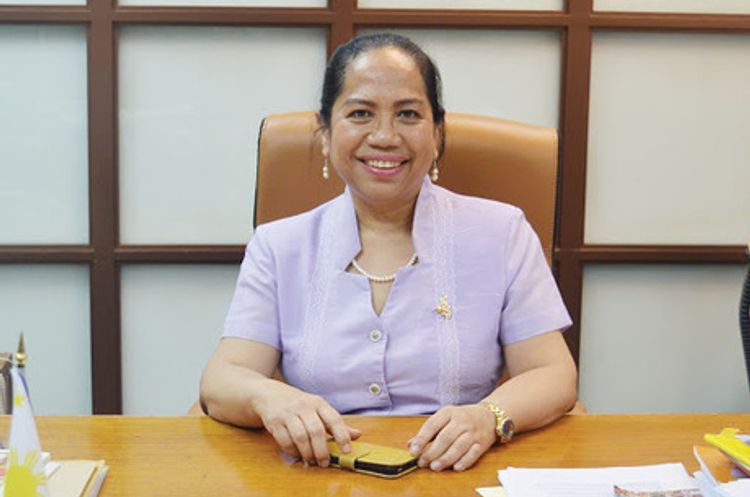 Philippine Ambassador to Lebanon Bernardita Catalla died of coronavirus in a Beirut hospital early on Thursday morning, the Foreign Ministry of the Philippines has said, APA reports citing the National.

Catalla was 62 and had worked for the foreign ministry for 27 years.

"With deep sadness, the Department of Foreign Affairs announces the untimely demise on 2 April 2020, of Ambassador Bernardita Catalla, Philippine Ambassador to Lebanon, from complications arising from Covid-19," the ministry said in a statement.

“A career diplomat for 27 years, service to the country has been the hallmark of Ambassador Catalla’s distinguished foreign service career,” the ministry said.

She served in key posts as Consul General in Hong Kong, in Kuala Lumpur and Jakarta and also as Passport Director “where she delivered frontline service to millions of Filipinos.”

Since December 2019, she led the voluntary mass repatriation program of the Philippine Embassy in Beirut as the economic crisis in the country forced hundreds of workers from their jobs largely in the service industry and as domestic helpers.

"Her ever-ready smile and infectious laughter may have been extinguished but her dedication to our country will always be there as a guiding light for all members of the Philippine foreign service," the ministry said.

Foreign Affairs Secretary Teodoro Locsin Jr said Catalla died at around 12:30 am on Thursday morning in an unnamed Beirut hospital.

Beirut’s Rafic Hariri University Hospital is treating the bulk of the countries cases although other hospitals are making beds available.

"Ambassador Bernie Catalla's remains will be received with an honour guard and I am putting forward a nomination for Gawad Mabini and Sikatuna. Not that she needs more honour than the profound regret and mourning of a grateful service, government, and I hope nation," Locsin said over Twitter.

Dodo Dulay, the Foreign Ministry Undersecretary for Civilian Security and Consular Concerns, described her passing as “a great loss”.

“Our nation owes you a debt of gratitude,” he said on Twitter.