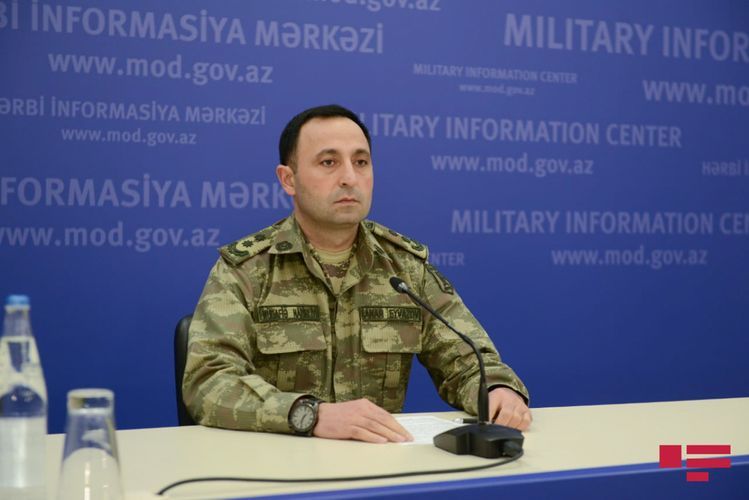 “During the past day, 1 unit of infantry combat vehicle, 4 units of Grad systems, 8 units of cannons, 2 communication towers, 7 units of automotive equipment of the enemy were destroyed in various directions of the front”, said press secretary of the Ministry of Defense Anar Eyvazov at the briefing held today, APA reports.

A. Eyvazov said the enemy’s two artillery batteries were destroyed during the day: “The Azerbaijani Army doesn’t have any military target on Armenia’s territory. However, the enemy’s units opening fire from Armenia’s territory on the positions of our units and our residential settlements turn into legitimate military targets. The Azerbaijani Army incapacitated enemy’s command posts, combat equipment by precise weapons and brought it into paralyzed condition. Meanwhile, those who determine fate of the war are the brave Azerbaijani officers and soldiers led by the Supreme Commander-in-Chief. It isn’t also ruled out that some of the rockets with expired operational period launched by the enemy change their flight trajectories and fall on residential settelemnts and civilian facilities on the occupied territories”.