MoD: A lieutenant colonel and a large number of servicemen of Armenian Armed Forces were killed - VIDEO 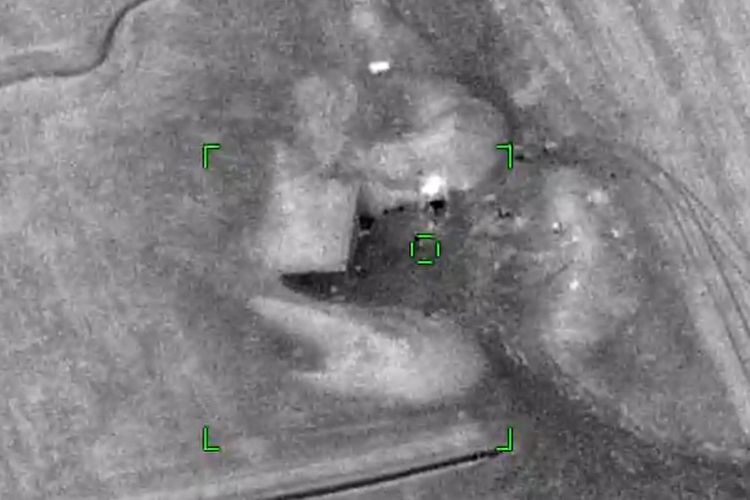 In the afternoon of October 8 and until the morning of October 9, fierce fighting continued along the entire frontline, Ministry of Defense told APA.

The Azerbaijan Army Units, inflicting fire strikes on the enemy in important directions, limited his freedom of movement and decisively suppressed the combat activity of the enemy. As a result of the measures taken, command and control, and the mutual coordination of actions between the enemy troops were disrupted, riots and disorder occurred among his units, the discipline of the personnel declined, and the abandonment of their positions took on a massive character.

During yesterday's military operation, as a result of the fire strike of the Azerbaijan Army, the headquarters building of the 5th Mountain Rifle Regiment of the Armenian armed forces was destroyed. As a result of the shelling, the Chief of Staff of the 10th Mountain Rifle Division, Colonel Samvel Grigoryan, who was in the building, was seriously wounded, the chief of the regiment's artillery, Lieutenant Colonel Arman Dermeyan, and a large number of servicemen were killed.
The personnel of the military units of the armed forces of Armenia who suffered heavy losses from the Azerbaijan Army’s fire strike on the Khankendi was evacuated. A large number of military personnel were killed and wounded as a result of artillery shelling of a shelter of one of the military units in Khankendi.

As a result of a combat operation carried out in one of the directions of the front, six T-72 tanks in full operating order belonging to the 49th tank brigade of the Armenian armed forces were captured.