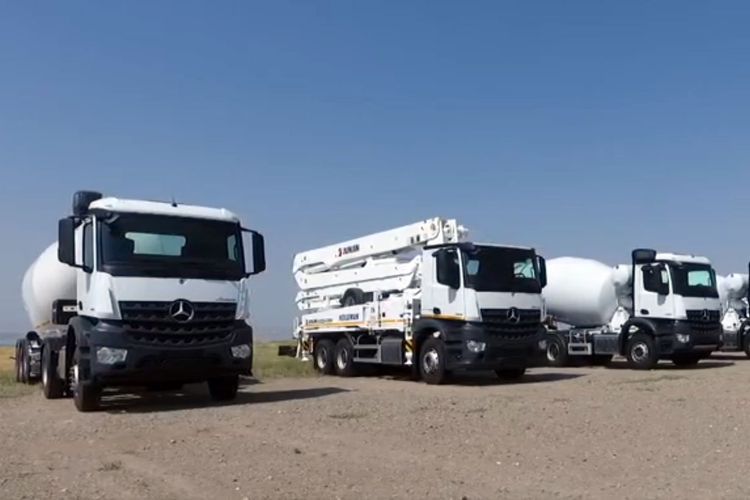 Special construction equipment was brought from Turkey to the Nakhchivan Autonomous Republic in order to improve the quality of military infrastructure, APA reports.

Construction equipments produced by Koluman Group companies founded  as a representative and import company of Mercedes-Benz in Turkey, are distinguished by the high quality of construction equipment produced in full compliance with German automotive industry standards.

Cement-carrying, concrete-pumping, concrete mixer and asphalt-concrete trucks, which are characterized by durability, fuel economy and convenience, are manufactured with a focus on driver and vehicle safety.

In addition to these machines, which are produced for difficult conditions in construction sites and are distinguished by their strength and durability, road-moving machines and trailers have also been put into operation. The quality and modernity of the trailers produced by the Turkish company Agri Rosso will further facilitate transportation.