Pashinyan is becoming more and more like Hitler: Will there be suicide? - ANALYTICS 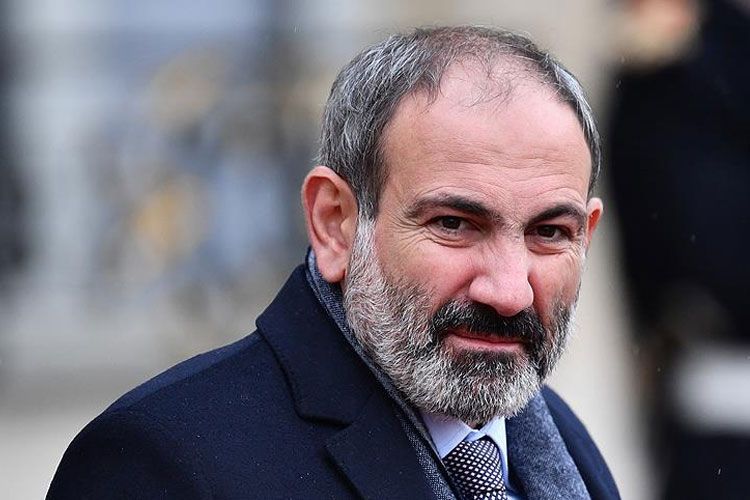 The successful counter-offensive operation of the Azerbaijani army proved another fact - the ballistic missiles used by Armenia are at a very low level and it is impossible to wage war with such weapons in modern times.

It is no coincidence that Armenia used a SCUD missile during an attack targeting civilians in Ganja. If we look at the technical characteristics of Russian-made missiles, we can say that the attack was purposeful.

It should be noted that the range of deviation from the target of Elbrus missiles, produced in 1961-1987 and NATO reporting name - SCUD, is about 450 meters.

Namely, because of this reason SCUD missiles are rarely used to hit military targets.

SCUD-B ballistic missile systems are one of the systems created by the Soviet Union. The accuracy of these missiles is very low. Armenia acquired these missiles in 1995-1996. Armenia reportedly has 27 SCUD missiles. There are only a few systems of these missiles. The remaining missiles have fallen into disrepair, and it is impossible to wage war using such missiles. It should be noted that the Azerbaijani Defense Ministry broadcasts videos on all Armenian military operations. This fact gives grounds to say that all air attempts of Armenia can be controlled by the air defense system of Azerbaijan. Both flights and missile launches across the country are monitored and their coordinates are determined. In short, Armenia has already lost strategically, and Yerevan has no chance to stop Azerbaijan's counterattack.

Shaken by this heavy defeat, the aggressor country desperately targets the civilian population of Azerbaijan. Thus, the Armenian government, which disrespects all international conventions, is nearing the end. In fact, Nicole Pashina's steps are a sign of agony. Targeting the civilian population, Pashinyan is reminiscent of Adol Hitler, the Führer of Nazi Germany. Realizing his defeat on September 8, 1944, Hitler ordered London to launch FAU-2 missiles. The rocket killed three civilians and wounded 22 others.

Hitler's Germany then fired 1,300 FAU-2 missiles at London, and the defeated Hitler's army saw these missiles as the last hope. Hitler, who lost his mind and sense of reality, killed 2,724 British citizens by FAU-2 missies. In total, FAU-2 strikes killed 20,000 people.

Faced with a heavy defeat today, Pashinyan also sees SCUD missiles as a last resort. Armenia, which is exporting to third world countries and intends to wage war against Azerbaijan with outdated missiles, repeats the mistakes of Saddam Hussein. During the Iran-Iraq war, on October 27, 1982, Iraq struck the city of Dezful for the first time with SCUD-B missiles, killing 21 civilians and wounding 100 others. SCUD strikes continued in the following years, and in 1985 intensified. Hundreds of SCUD missiles hit Iranian territory during the war.

The missiles fired by Iraq killed 2,000 Iranians and wounded 6,000, and a quarter of Tehran's 10 million people were forced to flee the city.

The fact that Armenia fired the same type of missiles at the city of Gabala, which is the tourist center of Azerbaijan and far from the area of military operations, is another proof of Pashinyan's folly. It is well known that if the mad Pashniya had a chemical weapon of mass destruction, he would have used it without thinking.

Losing his mind, Pashinyan wants to rid himself with missiles, which correctness has become an object of ridicule. Day by day he is reminiscent of Hitler's last days. He even imitates him with his gestures and speech.

The Armenian Prime Minister is struggling in a trap. His condition is already critical. The Armenian army is scattered. The soldiers are fleeing and disobeying orders. This is evidenced by the fact that the number of criminal cases against high-ranking officers who refused to go to the front has tripled in the last week. Fearing a series of crushing defeats, protests are already raging in Armenian society.

Nobody wants to fight in Armenia anymore. The economic catastrophe, diplomatic harassment, and the fact that the Armenian Diaspora, which has always been a place of hope, have already begun to turn away from Yerevan have aggravated Pashkina's psychological condition.

Rumors, panic, total fear and depression are growing in Armenia. The only chance left to repeat Hitler, whom Nicole Pashkina imitated so much, was to commit suicide as a Führer. But it is naive to think that Pashtuns, who have sacrificed thousands of people for their weak ambitions, will have such courage.