Four VLCCs heading to US Gulf to store crude 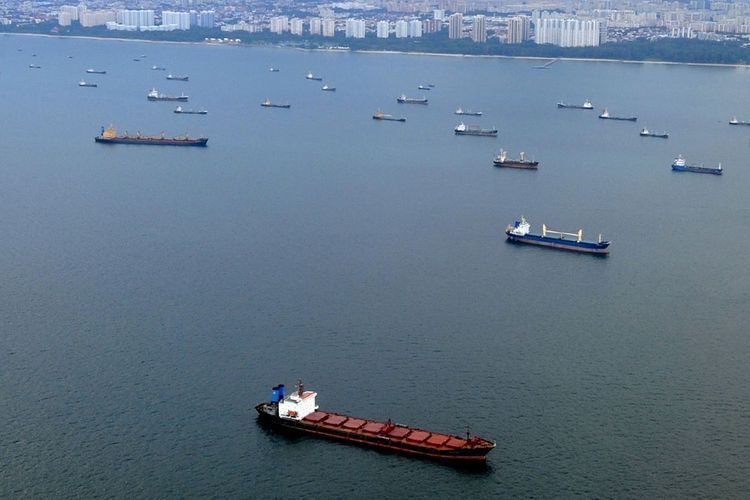 At least four empty very large crude carriers (VLCCs) booked for floating storage are on their way to the US Gulf coast and will likely add to the tally of VLCCs storing US crude, APA-Economics reports citing Argus media.

The four tankers are part of a flurry of floating storage bookings that occurred amid a growing oil glut on sharply lower demand from Covid-19-related restrictions on travel. The oversupply combined with an oil price crash resulted in high demand for crude storage.

The glut persists, but rising prices have eased some of the pressure on storage capacity. The Nymex WTI June futures contract closed today at $32.50/bl, compared with the -$37.63/bl close of the May contract on 20 April.

Hess said it has chartered a third VLCC for storage. Occidental has no other known floating storage bookings.

The four tankers were chartered for 9- to 12-month durations at an average rate of $89,500/d, according to the Argus floating storage bookings database. VLCC short-term time charter rates have since dropped to around $75,000/d as the Opec+ cuts lower cargo demand and free up tonnage supply.

Excess US crude and limited land-storage capacity have already prompted traders to exercise floating storage options on at least four additional VLCCs with US crude. The Eliza, Maran Corona, and Maran Apollo, all chartered by Shell, have not moved far since loading full cargoes at Louisiana Offshore Oil Port (LOOP) at various points stretching back to early April. The Vitol-chartered Hunter Saga VLCC is sitting near Rotterdam with a US crude cargo at $100,000/d.

Other tankers — some of smaller sizes — are also sitting idle with US crude cargoes, though the reason may be port delays. The Agios Nikolas, a VLCC that Trafigura chartered on 6 February before the pandemic sapped oil demand, has been sitting idle in Taiwan for over a week, despite being initially booked for a standard US-Asia journey, not a short-term time charter.

Traders have booked at least 75 VLCCs, 47 Suezmaxes, and 36 Aframaxes on short-term time charters that include floating storage options, according to the Argus database.