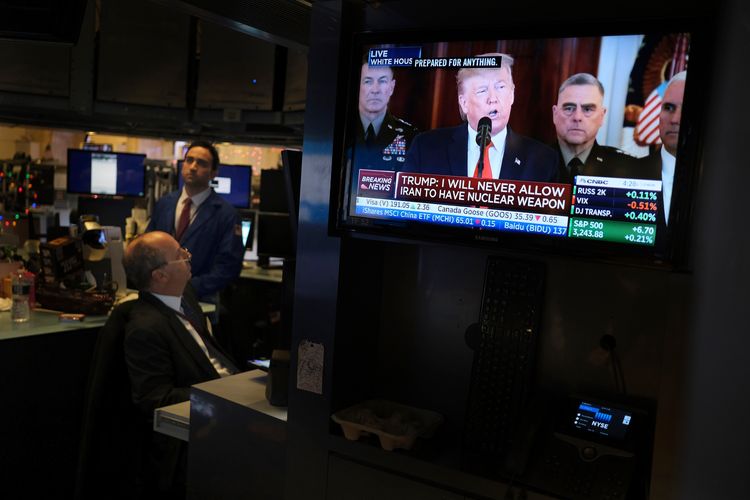 "Iran appears to be standing down, which is a good thing for all parties concerned and a very good thing for the world," Trump said in a highly-anticipated speech.

Crude briefly dipped below $60 a barrel after Trump's remarks, giving back all of the gains from last week's US drone strike that killed a top Iranian commander.

It's a dramatic pullback from the high of $65.65 late Tuesday after Iran lobbed missiles on bases in Iraq that house US troops.

Trump confirmed that no Americans were harmed in that attack, and rather than signaling a US military response, Trump vowed to impose new sanctions on Iran.