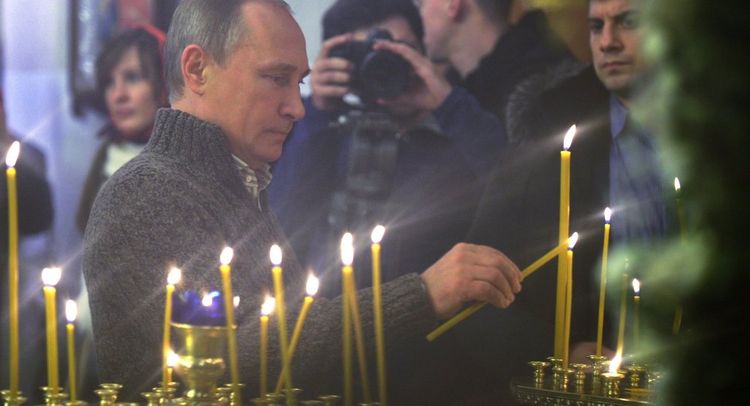 The service is held by the Cathedral’s dean, Nikolai Bryndin. The service is also attended by Presidential Plenipotentiary Envoy to the Northwestern Federal District Alexander Gutsan and Governor of St. Petersburg Alexander Beglov.

The Cathedral is full of believers, including many children.

Putin attended the Christmas service at the Transfiguration Cathedral in Russia’s second largest city in 2019 and in 2012, when he held the post of the Russian prime minister. He told journalists at that time that he was baptized at this Cathedral in his childhood.

The Transfiguration Cathedral was built in 1828.