Death toll after shooting in Vienna increasing to two - UPDATED-1 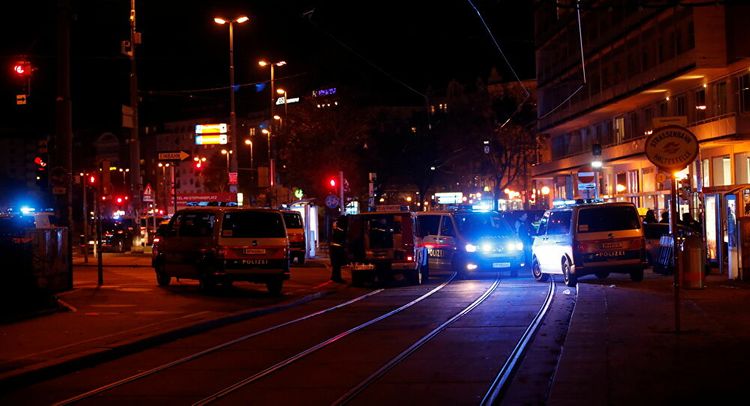 The death toll among civilians after the shooting incident in Vienna has increased to two persons, Mayor of the Austrian capital Michael Ludwig says on the air with the ORF-2 TV Channel, APA reports.

"A woman died from the suffered wound," the Mayor said.

One fatal case was reported earlier. A large-scale search operation continues in the capital of Austria.

At least one person was killed and 15 others wounded in Austria’s capital Monday evening in a suspected terrorist attack by multiple gunmen, APA reports quoting Anadolu Agency.

Interior Minister Karl Nehammer told ORF television that one of the gunmen was shot and killed by the police and a major anti-terror operation was continuing to arrest the others.

“I would like to call on all our citizens to stay inside, stay at their premises and keep away from public places. An operation against suspected terrorists is still ongoing,” he said.

Several gunmen armed with rifles targeted people in six locations in Vienna’s city center around 8 p.m. local time (1900 GMT), according to the police.

One passerby was shot dead and 15 people were wounded, according to Vienna Mayor Michael Ludwig.

Seven of the wounded are in critical condition, including a police officer.

Austrian Chancellor Sebastian Kurz announced on Twitter that military units were being deployed in Vienna to support police anti-terror operations.

On Monday evening, Austrian media reported that shots were fired at a synagogue in the center of Vienna, leaving several people injured and, according to conflicting reports, either one or seven people dead. Vienna police confirmed that the shooting took place and "there are persons injured", however, without providing additional details, APA reports quoting Sputnik.

Vienna police confirmed on Monday that the shooting took place "in the Inner City district" and added that "there are persons injured" without, however, providing additional details.

Police called on people to "KEEP AWAY from all public places or public Transport".

According to Austrian newspaper Kurier, an armed police officer was seriously wounded during the shooting, as the criminal fled the scene and remains at large. The OE24 broadcaster reported that about 50 shots were fired in the street near the synagogue, adding that the shooting was carried out with the use of a machine gun.

Kronen Zeitung reported that a man who attacked the synagogue in the center of Vienna may have committed suicide, but accomplices could still be at large.