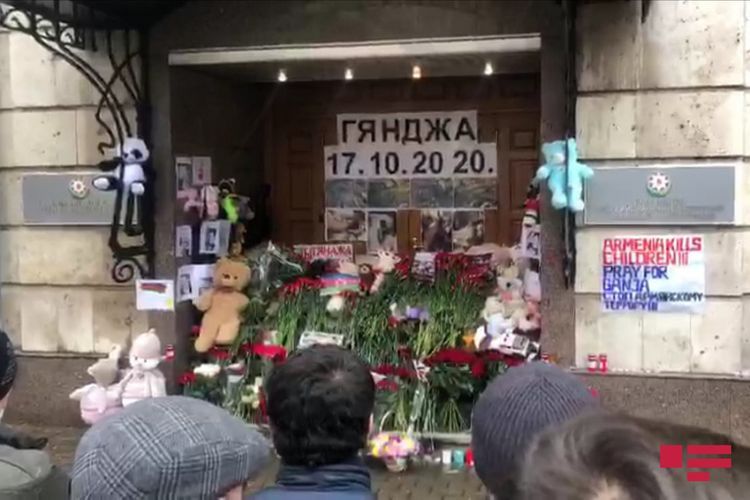 The victims of the act of terrorism committed by Armenia in Azerbaijan’s Ganja city were commemorated in Moscow, APA’s Moscow correspondent reports.

A corner dedicated to the memory of victims of the act of terrorism that resulted in attempt upon life of civilian residents in Ganja on October 17 was created at the entrance door of Azerbaijan’s embassy to Russia.

The members of the Azerbaijani community living in Moscow, the local residents attend that corner and lay bunches of flowers to it in order to honor memory of victims of the act of terrorism in Ganja.

As the epidemiological measures regarding coronavirus pandemic were toughened in Moscow, the massive gathering of people was prohibited. Therefore, the representatives of the Azerbaijani community come by rotation to honor memory of victims of the act of terrorism in Ganja. 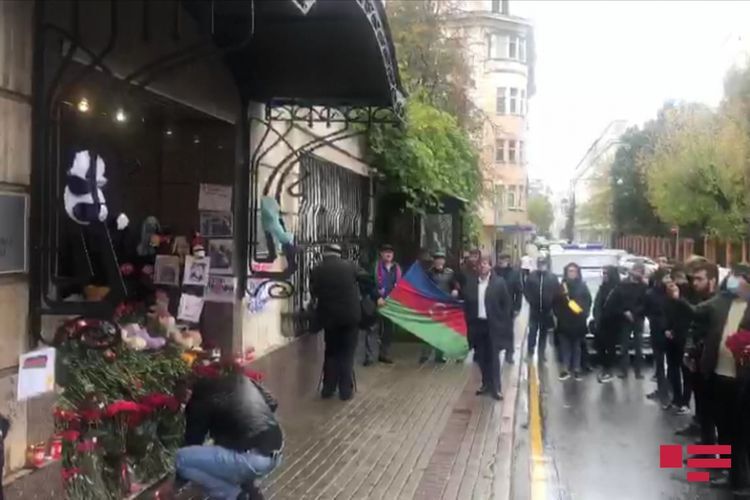 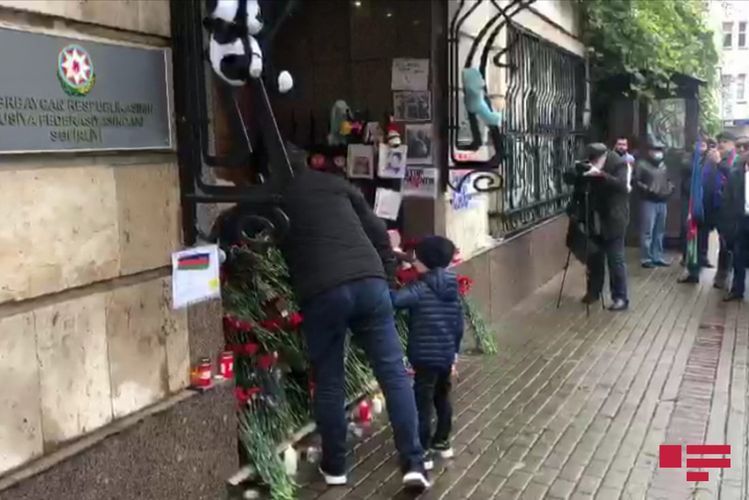 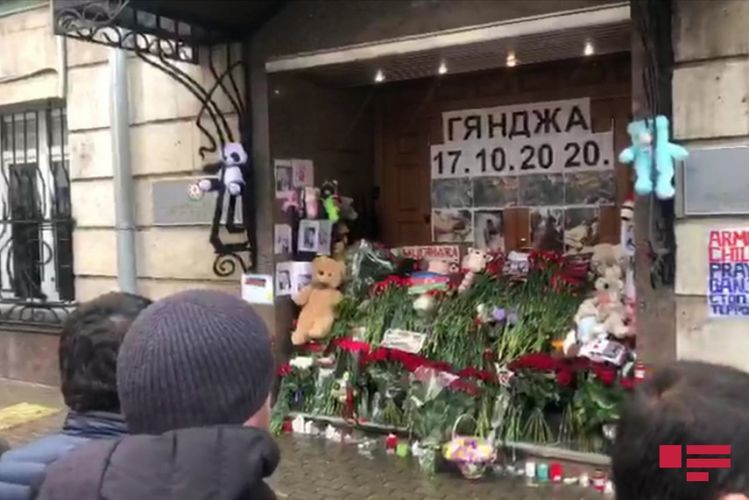 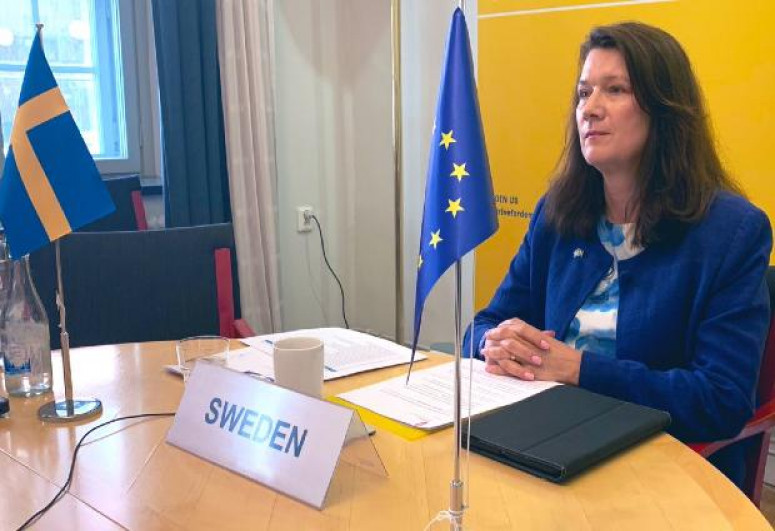 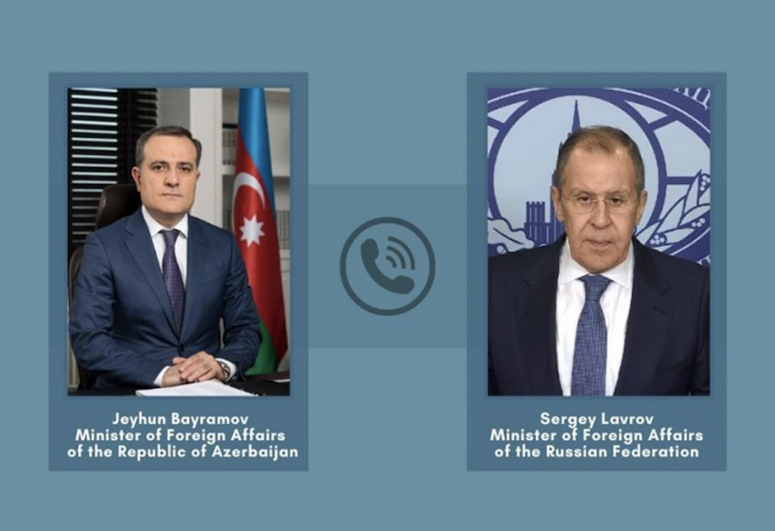 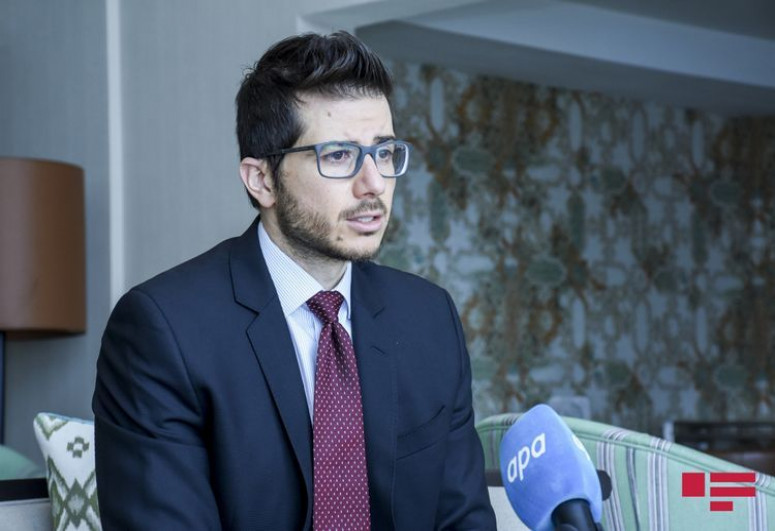