How Shusha liberated from occupation? - Articles by foreign journalists 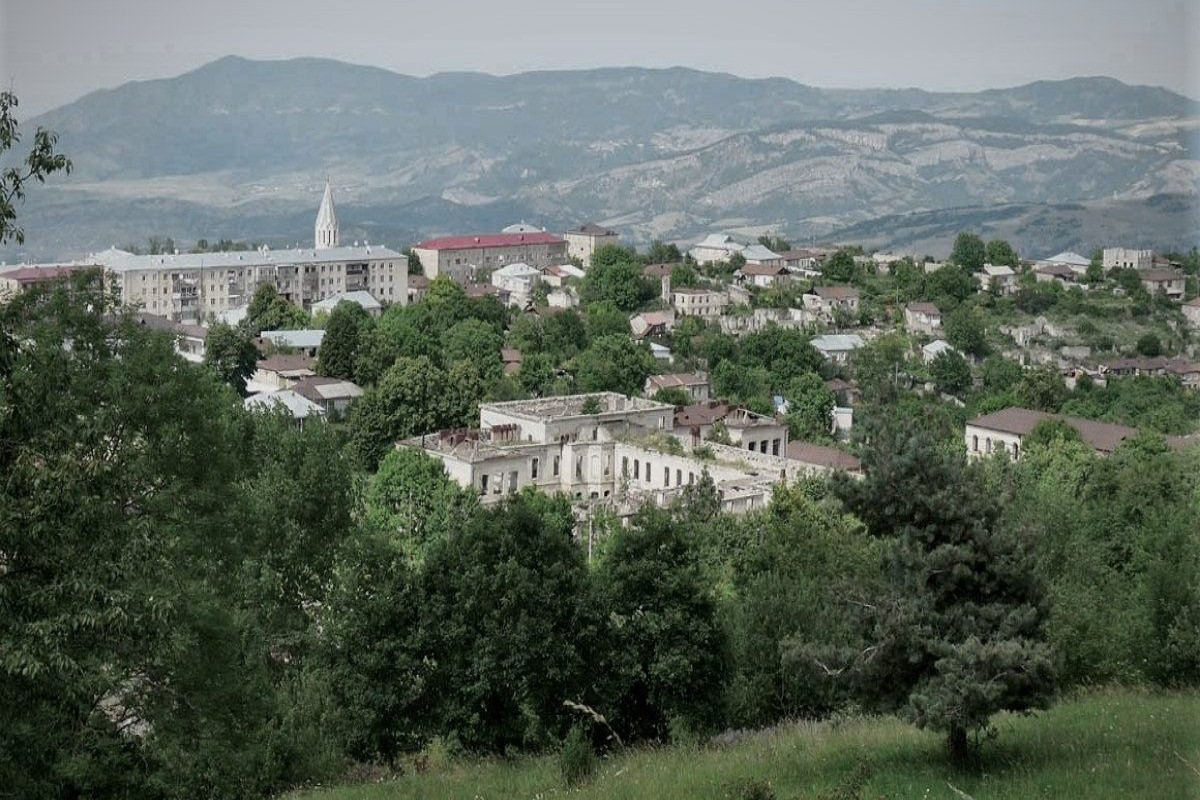 Chair of urban warfare studies at the Modern War Institute, co-director of MWI’s Urban Warfare Project, and host of the Urban Warfare Project Podcast John Spencer and a bachelor of science in international relations at the School of Diplomacy and International Relations at Seton Hall University Harshana Ghoorhoo have published an article about how Azerbaijani army liberated the Susha city from Armenian occupated, APA reports.

The article reads that in September 2020, Azerbaijani and Armenian forces used tanks and launched airstrikes across the line of contact, the unofficial border between Azerbaijan and the Armenian-controlled Nagorno-Karabakh: "The early fighting clearly demonstrated Azerbaijan’s military superiority, especially in open terrain when using advanced unmanned aircraft systems and long-range munitions."

Then the article notes that in October 2020, after gaining control over most of the previously Armenian-controlled territory south of Nagorno-Karabakh, Azerbaijan crossed the line of contact and started moving ground forces further west. By mid-October, the Azerbaijani army has liberated the Armenian-controlled town, Hadrut, as they moved toward the Lachin corridor connecting Armenia with Nagorno-Karabakh.

"By October 22, Azerbaijan has closed town of Lachin and the vital corridor. The loss of the corridor would have severed any means by which Armenia could support forces inside Nagorno-Karabakh.

At some point between October 28 and October 30, Azerbaijani special operations forces deployed to isolate Shusha and disrupt the city’s defense. According to some reports, four hundred of these Azerbaijani forces marched for five days through the forests and ravines, being especially careful to avoid the heavily guarded Lachin corridor and surrounding villages. They divided into groups of one hundred, reportedly so that they could approach the city from multiple directions and toward different objectives.

Many of the soldiers climbed, without fire support, the steep rocks and cliffs left unguarded by the defending Armenians who seemed to believe the Azerbaijani forces would mainly attack up the main roads. The cover of darkness, ongoing Lachin offensive, and failed imagination of the defenders appeared to enable the Azerbaijani special operations forces to make their decisive move to covertly pierce the Shusha defense through seemingly unpassable forests and mountainous terrain."

Then the foreign authors write that On October 30, military clashes were reported just five kilometers east of Shusha:

"Late on November 4, reports came in that Azerbaijani light infantry were fighting for the road that nears the village of Dashalti at the bottom of the Shusha’s southern cliffs. By that day, Azerbaijani forces had also secured the mountain range south of Shusha and key portions of the Lachin corridor connecting Shusha to the town of Lachin. Azerbaijani forces also increased the shelling of the Armenian defensive positions surrounding the city with mortars.

Late in the evening of November 5, some of the Azerbaijani special operations forces had reached the main road and were able to block reinforcements attempting to aid Shusha’s defense. This, combined with the destruction of a key bridge over the Hakari River, meant little, if any, aid would come to Shusha as the town was clearly surrounded from at least three main directions. The Armenian authorities, recognizing the loss of control over the area, closed the Lachin corridor to civilian traffic—leaving eighty reporters trapped inside the battle zone.

On November 6, Azerbaijani conventional troops reached the outskirts of the town. Early morning reports surfaced that Argishti Kyaramyan, the former head of the Armenian National Security Service who had been appointed the military commander responsible for organizing of the defense of Shusha, had left the city. Not long after reports of Kyaramyan’s departure emerged, Azerbaijani forces penetrated Shusha. Once inside, they established additional blocking positions and ambush sites around the city to further prevent the defending Armenians from being reinforced or resupplied. Other soldiers also successfully liberated Dashalti, the village just south of Shusha, providing immediate access to the main road into Shusha.

As Azerbaijani forces began to enter the city, they engaged the defending Armenians at close range in heavy street fighting. The Armenian forces inside the city were reported to comprise over two thousand troops, along with armored vehicles and heavy artillery. The Azerbaijani dismounted forces destroyed several tanks and BMP infantry fighting vehicles using rocket-propelled grenades and portable antitank guided missiles. They also used heavy fires, reportedly including the Belarussian Polonez multiple launch rocket systems and artillery pieces that were at this point relocated closer to the city’s boundaries.

On November 7, foggy weather struck the area. This significantly limited Azerbaijani forces’ use of aerial observation and strike assets that had given them such an advantage throughout the war. The inclement weather prevented the employment of the TB2 Bayraktar unmanned aerial vehicles, enabling Armenian forces to maximize the use of their armored vehicles—T-72 tanks, and BMP-2 infantry fighting vehicles—for counterattacks inside the city.

Despite the counterattack, the Azerbaijani forces held their ground. They formed a defensive line in the Shusha forests and after repulsing three Armenian counterattacks liberated the building of Shusha Executive Power and beginning to drive out Armenian forces, deliberately clearing buildings and larger areas in the city. The battle for Shusha ultimately came down to building-to-building close combat."

The article reads that on the morning of November 8, the so-called "Artsakh Ministry of Defense" reported that intensive fighting had taken place through the entire night along the length of the front line surrounding Shusha: "On November 9, Azerbaijani President Ilham Aliyev declared total victory and control over Shusha, a move that was initially refuted by Armenia. But on November 10, Armenian Prime Minister Nikol Pashinyan signed a lopsided peace deal that included surrendering all areas of Nagorno-Karabakh that had been taken by Azerbaijan during the conflict—to include Shusha."