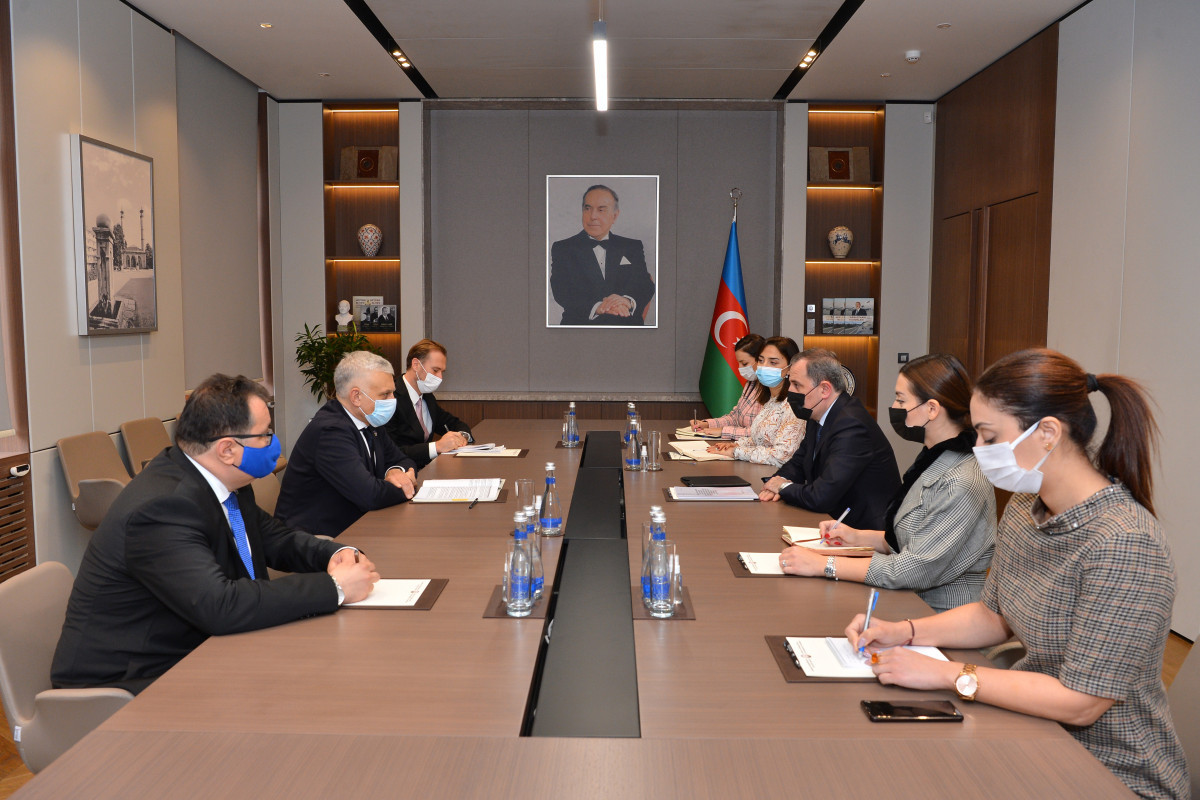 The sides exchanged views on some issues of the cooperation agenda between Azerbaijan and the European Union, especially on the perspectives of relations on the eve of the upcoming Eastern Partnership Summit.

Referring to his participation in the meeting of Foreign Ministers of the Eastern Partnership countries in Brussels, as well as bilateral meetings with EU officials, Minister Jeyhun Bayramov noted that opportunities for cooperation in various fields were discussed.

Maciej Popowski spoke with pleasure about meetings held in Baku, as well as Mixed Finance training. He noted that this event is important from point of view on defining potential existing within the framework of cooperation relations and not used yet.

The sides also discussed the issue of attendance of European Union finance institutions within the framework of the process of restoration and reconstruction of Azerbaijan’s liberated territories.