Anar Eyvazov: “Enemy should know that adequate retaliatory measures will be taken against them after this” 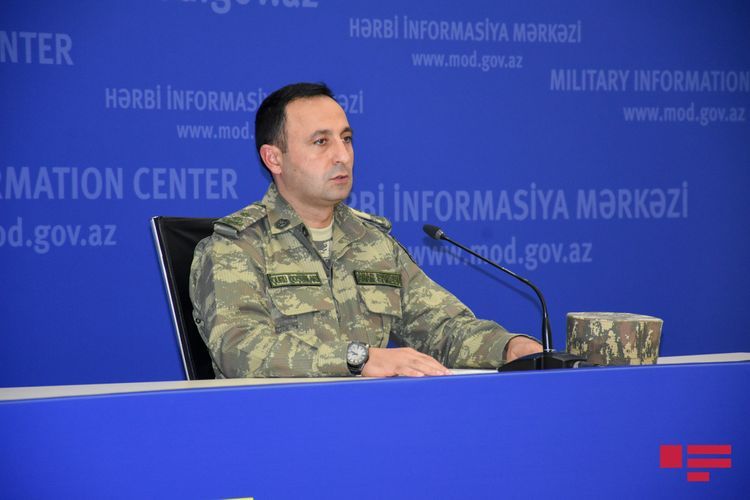 “During the past period, the Armenian armed forces fired at the positions of the Azerbaijani Army in various directions of the front and a number of our settlements, including Tartar, Agdam, Agjabadi regions, with various weapons, including artillery and missiles,” spokesman for the Azerbaijani Defense Ministry, Lieutenant Colonel Anar Eyvazov said at a briefing of the Military Information Center, APA reports.

He said that the combat operations continue mainly in the direction of Aghdara, Khojavend and Gubadli: “Spreadind disinformation again, the enemy claims that Azerbaijani Army is allegedly conducting combat operations in the direction of a village near Gafan city of Armenia. In reality, as part of adequate measures, Azerbaijani Army fired at the legitimate military target which shelled Gubadli with artillery in this direction. The enemy should know that adequate retaliatory measures will be taken against them after this, too.”