Azerbaijani President: Our military must always be strong in Karabakh and East Zangazur 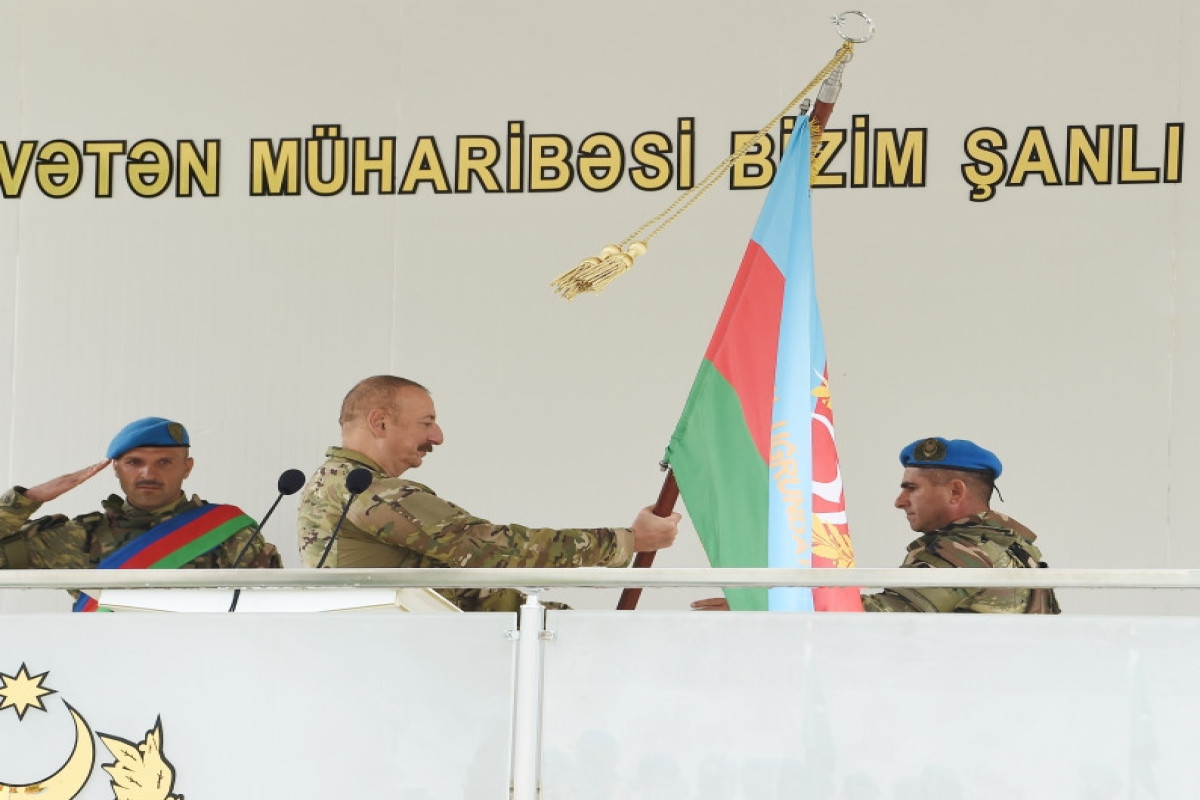 "We have liberated Kalbajar without a single shot being fired, we have returned our homeland, and construction work is underway in Kalbajar now," said President of the Republic of Azerbaijan, Victorious Commander-in-Chief of Armed Forces Ilham Aliyev in his speech at a solemn ceremony dedicated to handing over the battle flag to the commando military unit on the sidelines of his visit to Kalbajar district on June 26 - Armed Forces Day, APA reports.

"I have come to Kalbajar for the second time and there are many events today. Kalbajar's infrastructure, electricity supply, water supply, construction of houses – all this is already starting. Of course, we first had to build military roads, and we did that. The opening of this military unit today shows again that we will achieve what we want – the restoration of Karabakh and East Zangazur. This process has already begun. First of all, our military must always be strong in this region – in Karabakh and East Zangazur. Therefore, today's ceremony has a special meaning, a symbolic meaning," stressed head of state.