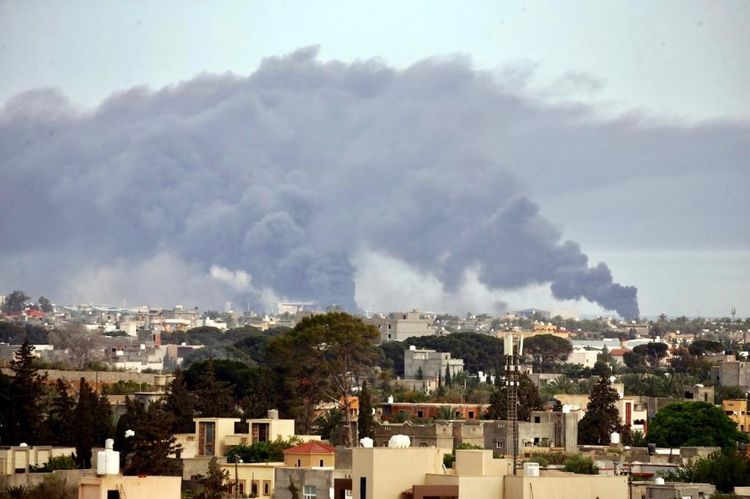 Shelling killed two people on Saturday, the emergency services said, at a displaced people’s shelter in a part of the Libyan capital Tripoli that has been under bombardment by eastern forces seeking to capture the city.

The shelling caused a fire at the shelter in Fornaj district, located near a frontline and home to people forced from their homes after earlier bouts of fighting, said Usama Ali, spokesman for Tripoli’s emergency and ambulance service.

Ali said the emergency services were attempting to evacuate the shelter of the remaining displaced people and relocate them elsewhere in the city, Ali said. People in the Fornaj shelter were mostly from the nearby Ain Zara district.

The eastern-based Libyan National Army (LNA) launched an offensive 13 months ago to capture Tripoli, seat of the Government of National Accord (GNA), which is recognised by the United Nations.