COVID-19 may have infected around 10% of world: WHO 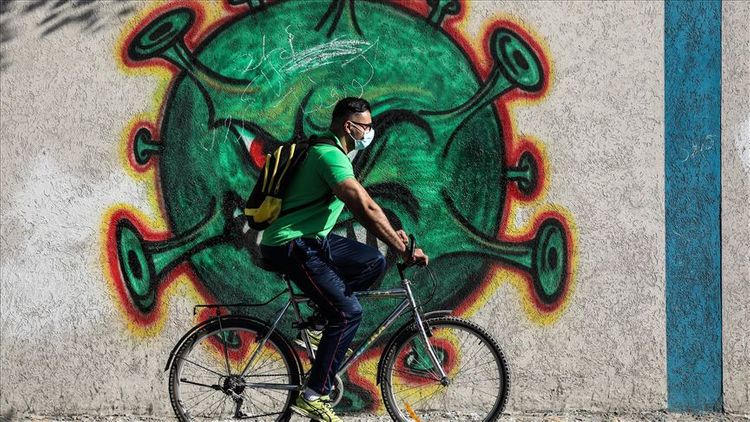 Around 10% of the world's population may have already been infected with COVID-19, the World Health Organization's chief of emergencies said Monday, APA reports quoting Anadolu Agency.

Speaking at a 34-member WHO executive board meeting on COVID-19, Dr. Mike Ryan said that southeast Asia continues to see a surge in cases, with Europe and the Eastern Mediterranean regions showing an increase in the numbers of deaths.

The situations in Africa and the Western Pacific are more positive, he said.

"Our current best estimates tell us that about 10% of the global population may have been infected by this virus," he said.

But what the 10% estimate “does mean is that the vast majority of the world remains at risk," he warned.

The Irish doctor – dubbed "my general” by WHO chief Tedros Ghebreyesus – said scientists know that the pandemic will continue to evolve.

"But we also know we have the tools that work to suppress transmission and save lives right now. And they are at our disposal," said Ryan.

Earlier Tedros noted that there are almost 35 million cases of COVID-19 now reported to WHO and more than 1 million people are said to have lost their lives.

Ryan said the future course of the virus depends on the collective choices people make.

"The reality is that this is still an infectious disease. People are exposed. If they're exposed, they may be infected; if they're infected, they may die, or have a severe illness; or they may transmit that disease on to somebody else," said the WHO doctor.

"The basic circle of infection does not change. What changes is our knowledge on how and where that happens," as risk factors, he said.

Ryan said that among the activities needed to reduce exposure, infection, and mortality, and to lessen transmission, are good governance, robust policy, coordination, financing, access to data, and coordinated research.

Also, coherent strategies, access to health care, and access to the tools to fight the disease are needed, he said.

"In that sense, nothing has changed, and, and everything has changed. Because we are now heading into a difficult period, the disease continues to spread. It is on the rise in many parts of the world," said Ryan.