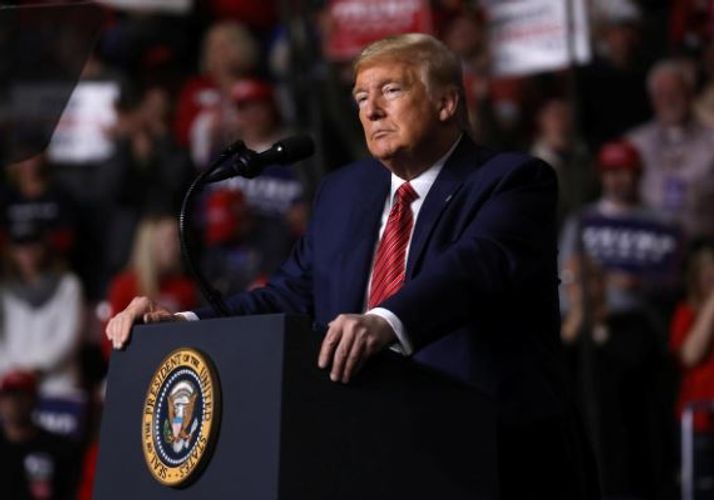 The president will deliver remarks from the Brady Briefing Room, the White House said in a statement after Trump announced his press conference on Twitter. It will be just the second time in his presidency that he has held a news conference in the press room, APA reports citing Reuters.

In spite of Trump’s efforts to spread calm, coronavirus panic has sent world stock markets tumbling, with an index of global stocks setting its largest weekly fall since the 2008 global financial crisis, and more than $5 trillion wiped from global market value this week.

Earlier on Saturday, the U.S. Food and Drug Administration said it would allow some laboratories to immediately use tests they have developed and validated to achieve more rapid testing capacity for the coronavirus in the country.

The policy cleared the way for state public health labs to immediately begin local testing and possibly get results within hours, which public health officials say will be critical to a rapid response to the fast-spreading virus that originated in China.

There are 62 confirmed cases of the new coronavirus in the United States, with most of the people infected falling sick while abroad and before being repatriated. The virus has infected more than 82,000 people and killed about 2,800, mostly in China, according to the World Health Organization.

A weeks-long struggle to expand local testing has been criticized as an early misstep in the Trump’s administration to the outbreak.