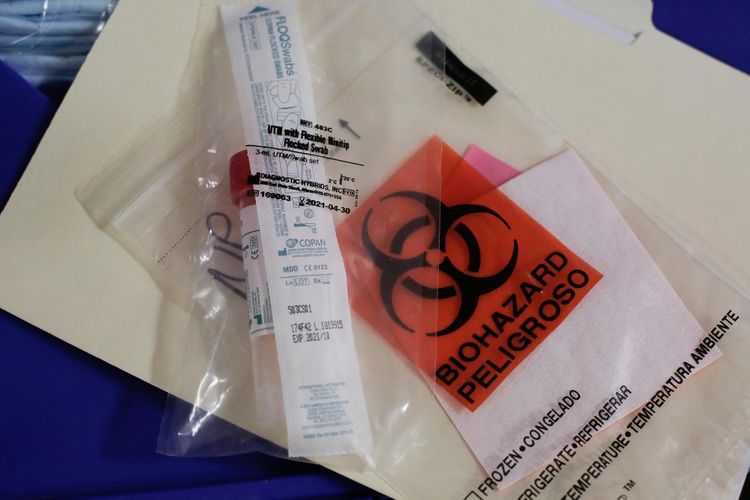 The U.S. Department of Health and Human Services confirmed on Sunday that it is investigating a manufacturing defect in some initial coronavirus test kits that prompted some states to seek emergency approval to use their own test kits, APA reports citing Reuters.

On Saturday, New York Governor Andrew Cuomo said his state would immediately begin using its own test kit developed in-state after asking the U.S. Food and Drug Administration (FDA) on Friday for permission to do so.

The FDA said on Saturday it would allow some laboratories to immediately use tests they have developed and validated to achieve more rapid testing capacity for the coronavirus.

On Sunday, New York confirmed its first case of coronavirus.

FDA Commissioner Stephen Hahn said in a statement on Sunday that “upon learning about the test issue from CDC (the Centers for Disease Control and Prevention), FDA worked with CDC to determine that problems with certain test components were due to a manufacturing issue. We worked hand in hand with CDC to resolve the issues with manufacturing.”

HHS confirmed Sunday it had “launched an investigation and is assembling a team of non-CDC scientists to better understand the nature and source of the manufacturing defect in the first batch of COVID-19 test kits that were distributed to state health departments and others.”

The HHS investigation was reported earlier by Axios.

Health and Human Services (HHS) Secretary Alex Azar told ABC’s “This Week” on Sunday the United States has 75,000 test kits on hand “and over the next week that will expand radically.” He said over 3,600 people in the United States have been tested to date.

Hahn added that the “FDA has confidence in the design and current manufacturing of the test that already have and are continuing to be distributed. These tests have passed extensive quality control procedures.”

Reuters reported Friday that New York health officials had sought to get their own coronavirus testing kits up and running after getting stuck with faulty tests from the federal government that they said left them unable to diagnose people quickly in the nation’s most populous city.